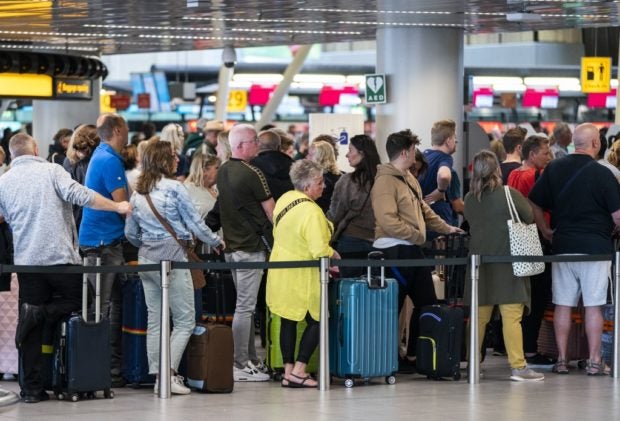 Travelers queue, many going away for the long weekend on Ascension Day, in the departure hall of Schiphol Airport, near Amsterdam on May 26, 2022. (Photo by Jeroen JUMELET / ANP / AFP)

The Hague, Netherlands — Amsterdam’s Schiphol airport said it will compensate passengers who missed flights due to huge queues in a chaotic summer at one of Europe’s busiest hubs.

Like several others in Europe, the Dutch airport has experienced major disruption in recent months because of staff shortages as the airline industry recovers from the Covid pandemic.

“A lot of people have really been looking forward to their holidays abroad, especially after two years of Covid. We’re extremely sorry that some people have missed their flight due to the long security control queue,” Schiphol CEO Dick Benschop said.

“They’ve had to miss out on all or part of their holiday, and we really sympathize with them… During these special times and circumstances, we must not let these people fall through the cracks,” he said in a statement late Thursday.

The compensation scheme, worked out in consultation with a Dutch consumer group, will refund costs incurred by people who missed flights between April 23 and August 11, Schiphol said.

Costs include rebooking or finding replacement flights, or for alternative transportation, and for accommodation costs near Schiphol.

Affected travelers have until September 30 to lodge a claim. 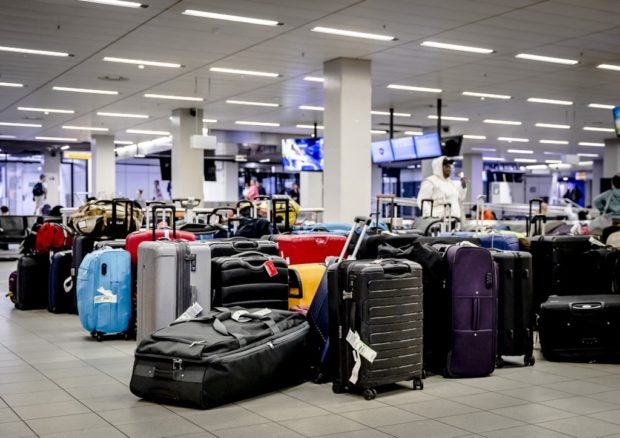 Passengers travelling through Schiphol have reported failing to catch flights after being stuck in hours-long queues that have snaked outside terminal buildings.

Schiphol has been capping passenger numbers since July and says it will continue until at least October in a bid to ease the queues, saying that “virtually all parties at the airport are understaffed.”

While it expects numbers to dip slightly after August, it said there was a “seasonal effect” when travelers used more trays at security in colder months because they wear more clothes such as coats, making waiting times longer.

Several European airports including London Heathrow and France’s Charles de Gaulle have struggled to cope with passenger flows as post-pandemic travel picks up.

The aviation industry is scrambling to fill jobs after cutting thousands of positions during the pandemic.