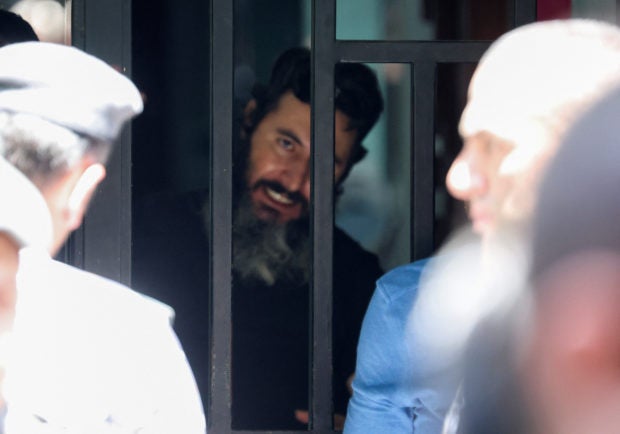 A man who security sources said is armed and holding hostages while demanding the return of his bank deposits, is seen through the door of the Federal Bank of Lebanon in Hamra, Lebanon, August 11, 2022. REUTERS/Mohamed Azakir

Beirut, Lebanon — A customer armed with a rifle and threatening to set himself ablaze held bank workers hostage Thursday in Lebanon’s capital demanding to withdraw his savings of over $200,000, security sources said.

The incident is the latest between local banks and angry depositors unable to access their savings after Lebanon’s economic collapse, because of informal capital controls.

“He managed to get in with a hunting rifle and flammable material, and threatened employees to give him his savings,” a security source told AFP, requesting anonymity.

Another security source at the scene said a man in his forties “poured gasoline all over the bank, and closed the bank’s front door, holding employees hostage.”

The man “threatened to set himself on fire and to kill everyone in the branch, pointing his weapon in the bank manager’s face,” said Lebanon’s National News Agency (NNA).

A video circulating on social media showed two people negotiating with the armed man behind the bank’s iron door.

He replied angrily, wielding his rifle in one hand and a cigarette in the other.

One negotiator asked him to release two bank customers, but he refused to let any hostages go. 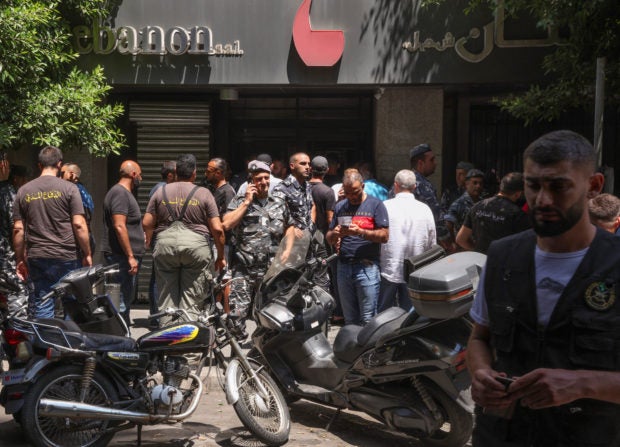 Lebanon has been mired in a deep economic crisis since 2019, when the market value of the local currency began to plummet and banks started to enforce draconian restrictions on foreign and local currency withdrawals.

Lenders have also prevented money from being transferred abroad.

Confrontations between depositors and staff adhering to their employers’ policies are common.

The local currency has lost more than 90 percent of its value since the onset of the crisis.

Around 80 percent of Lebanese live in poverty, according to the United Nations, amid rampant inflation and extended power cuts.

International donors say aid is conditional on reforms, which politicians have so far resisted.