Global youth unemployment set to slip to 73 million in 2022: UN 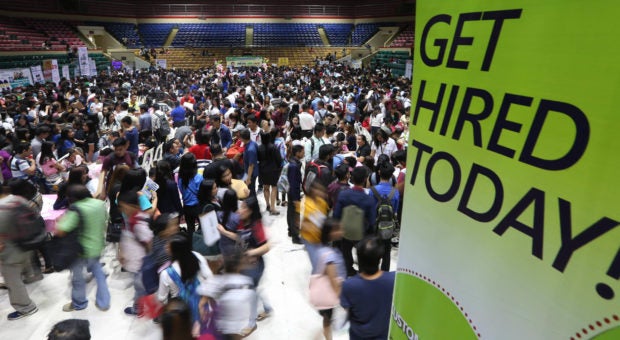 Geneva, Switzerland — The total global number of unemployed youths should fall to 73 million in 2022, down by two million from the year before, the United Nations said Thursday.

However, the figure is still six million higher than the pre-pandemic level of 2019, with the recovery in youth unemployment lagging behind the bounceback in other age groups, the UN’s International Labor Organization said.

Between 2019 and 2020, those aged 15 to 24 experienced a much higher percentage loss in employment than the rest of the labor market, the ILO said in a report.

Many dropped out of the labor force, or failed to enter it altogether, due to the difficulty of finding a job during Covid-19 lockdowns and while businesses were closing due to the pandemic.

“The Covid-19 crisis has revealed a number of shortcomings in the way the needs of young people are addressed, especially the more vulnerable such as first-time job-seekers, school dropouts, fresh graduates with little experience and those who remain inactive not by choice,” said Martha Newton, the ILO’s deputy director-general for policy.

This gender gap “has shown little sign of closing over the past two decades”, the ILO said.

The gap is largest in lower-middle-income countries, at 17.3 percentage points, and smallest in high-income states, at 2.3 points.

The share of youth not in employment, education or training in 2020 — the latest year for which a global estimate is available — rose to 23.3 percent, up 1.5 percentage points from 2019 to a level not seen in at least 15 years.

The global youth unemployment rate is projected to be 14.9 percent in 2022.

The report highlighted the differences in youth unemployment between the regions.

In Europe and central Asia, the rate is predicted to be 16.4 percent, “but the actual and potential shocks of the war in Ukraine are highly likely to affect the results.”

The rate in Asia and the Pacific is set to match the global average at 14.9 percent; In Latin America, it should hit a “worrying” 20.5 percent; while in North America the figure should be 8.3 percent.

The 12.7 percent rate in Africa “masks the fact that many youths have chosen to withdraw from the labor market altogether”.

But the Arab states have the highest and fastest-growing unemployment rate of young people worldwide at 24.8 percent — a figure that hits 42.5 percent for young women in the region.

On the positive side, the report said young people were well-placed to benefit from the expansion of the so-called green and blue economies, centred around the environment and sustainable ocean resources.

The study said an additional 8.4 million jobs could be created for young people by 2030 through green and blue investments, notably in clean and renewable energies, sustainable agriculture, recycling and waste management.

The report estimates that achieving universal broadband coverage by 2030 could lead to a net increase in employment of 24 million new jobs worldwide, of which 6.4 million would be taken by young people.

The report also estimates that investments in care sectors would create 17.9 million more jobs for young people by 2030.