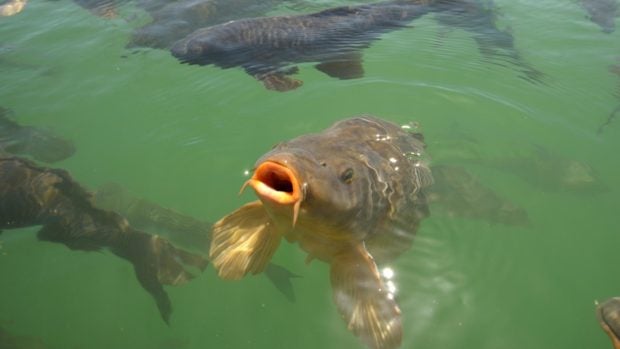 Illinois is rebranding an invasive carp in the hopes of encouraging people to eat it – and solving a decades-old issue that has been threatening the ecosystem of the U.S. state’s waterways.

“We’ve launched a new name, ‘copi’, to help people consume this delicious fish and help us do our work in keeping them out of the waterways,” said Kevin Irons, assistant chief of fisheries for the Illinois Department of Natural Resources (DNR).

Irons and the DNR want everyone to start calling the abundant fish formerly known as Asian carp “copi.”

“Names mean something,” said Irons. “Back in the 70s, there was a fish called ‘slimehead,’ under-utilized, but when you go to a restaurant and get orange ruffi, everybody’s like, ‘oh, this is awesome.’ So, a name means something and it’s the same fish,” said Irons.

The state of Illinois even launched a new website, choosecopi.com, where facts, nutritional information and recipes for the fish are provided.

“Anything you do with ground meat you can do with copi,” said Dirk Fucik, owner of Dirk’s Fish and Gourmet Shop in Chicago.

Fucik says he’s been selling the fish in his store since 2010. “So, burgers are most popular for us here, but… we’ve done sausage, tacos, all that kind of stuff. Everything we’ve made people like.”

Since 2004, over $600 million in state and federal funds have been fed into fixing the problem of the invasive carp.

Irons says Illinois also intends to ask the U.S. Food and Drug Administration to formally change the name and is planning to register “copi” as a trademark.