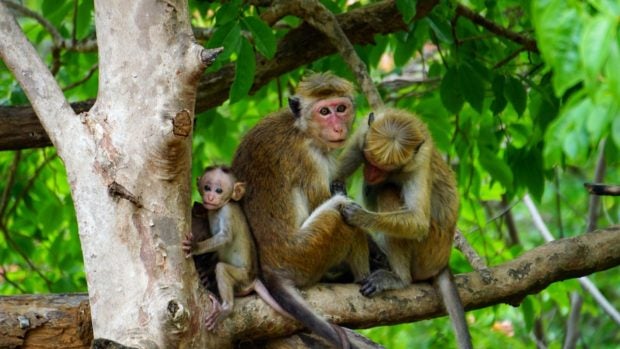 GENEVA, Switzerland — The World Health Organization stressed Tuesday that monkeypox outbreaks were not linked to monkeys, following a number of reported attacks on the primates in Brazil.

“What people need to know is that the transmission we are seeing is happening between humans,” WHO spokeswoman Margaret Harris told reporters in Geneva.

She insisted the primates could not be blamed for the surge in monkeypox cases Brazil after reports of a hike in physical attacks and poisonings of monkeys in the South American nation.

Local media have detailed a spike in attacks on monkeys using stones or poison in a number of Brazilian cities.

In a natural reserve in Rio do Preto, Sao Paulo state, 10 monkeys appeared to have been poisoned or intentionally injured in less than a week, according to news site G1.

Rescuers and activists suspect the monkeys were poisoned and attacked after three monkeypox cases were confirmed in the area, G1 said.

Globally, more than 28,100 cases and 12 deaths have been recorded, amid a global surge in monkeypox infections since May outside the West and Central African countries where the disease has long been endemic.

To date, Brazil has registered over 1,700 cases and one death, according to WHO data.

But Harris underlined that despite its name, monkeys are not the main transmitters of the disease, and have nothing to do with the current outbreak.

Monkeypox received its name because the virus was first identified in monkeys kept for research in Denmark, but the disease is found in a number of animals, and most frequently in rodents.

While the virus can jump from animals to humans, the recent global explosion of cases is due to close-contact transmission between humans, Harris said.

“The concern should be about where it (is circulating) in the human population and what humans can do to protect themselves from getting it and transmitting it,” she said.

People “should certainly not be attacking any animals”.

Harris said the best way to rein in the virus is “if people recognise they have symptoms and go get help and medical care and take precautions to prevent it being transmitted”.

That requires raising awareness among those most at risk.

Nearly all the cases so far have been among men who have sex with men, and the WHO has cautioned against stigmatisation of those infected.

“Any stigmatisation of any person infected is going to increase the transmission, because if people are afraid of identifying themselves as being infected, then they will not get care and will not take precautions,” Harris said.

“So do not stigmatize any animal or any human, because if you do do that, we will have a much larger outbreak.”