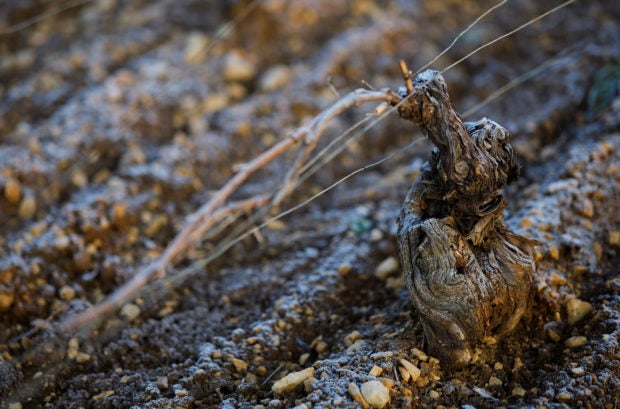 A vineyard is pictured early in the morning outside Chablis, France, April 3, 2022. REUTERS FILE PHOTO

PARIS — Wine production in France is expected to rebound this year from frost-hit output in 2021, although deepening drought may curb volumes, the country’s farm ministry said on Tuesday.

Wine production is expected to rise by 13-21% to between 42.6 million and 45.6 million hectolitres, the ministry projected in its first outlook for 2022.

A hectolitre is the equivalent of 100 litres, or 133 standard wine bottles.

The forecast range is even with to 7% above the five-year average, it said.

Most areas experienced more favourable weather than last year for the flowering of vines, except for parts of the southwest which were affected by frost and hail, the ministry said.

“In these conditions, production is trending towards an increase compared with last year in all wine regions, with the exception of Charentes,” it said in a report.

“However, soil drought combined with heatwaves could limit this increase if they persist until harvesting.”

The French agricultural sector, the European Union’s largest, fears mounting losses from the country’s worst drought on record which has been fueled by successive heatwaves.

Dry, warm weather this year had reduced disease pressure on vines and was also set to lead to an early start to the grape harvest, the ministry said.

Drought was nonetheless affecting grapes in regions such as Alsace in the east and Languedoc-Roussillon in the far southwest, while starting to curb harvest potential in Burgundy, it said.

Production in Bordeaux was set to fall below the five-year average after frost and hail damaged around 10,000 hectares to a varying extent, the ministry added.

The Champagne region was set for a good harvest with output seen above the five-year average, helped by rainfall in June and limited vine disease, it said.