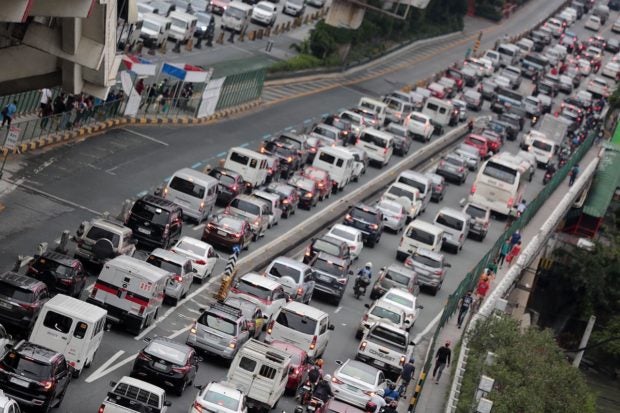 MANILA, Philippines — San Jose del Monte Rep. Florida Robes is pushing for a law that would punish a motorist’s road rage with a driver’s license revocation, jail time of up to six years, and a fine of not more than P250,000.

Robes filed House Bill No. 1511, or the proposed Anti-Road Rage Act, which has been referred to the committee on transportation of the House of Representatives.

“Road rage has been defined as any act that exhibits any hostile or violent driving or aggressive road behavior of a driver toward another driver or drivers on the road,” she said.

She noted: “Since 2004, road rage incidents have started to increase all over the world by as much as 1,000 percent as drivers have become more aggressive on the road and in traffic. This worldwide phenomenon of violent outbursts often lead to traffic jams, vehicular accidents, physical injuries and even death.”

“In the Philippines, road rage cases are on the rise. Recent road rage statistics showed that eight of 10 drivers admit to exhibiting aggressive behavior at least once a year, while nine out of 10 drivers think of aggressive driving as a threat to their personal safety,” the lawmaker pointed out.

Robes also cited a report by the Metropolitan Manila Development Authority, which showed that a person is killed in a road crash every 21 hours, adding, “A significant portion of these road crashes was due to road rage.”