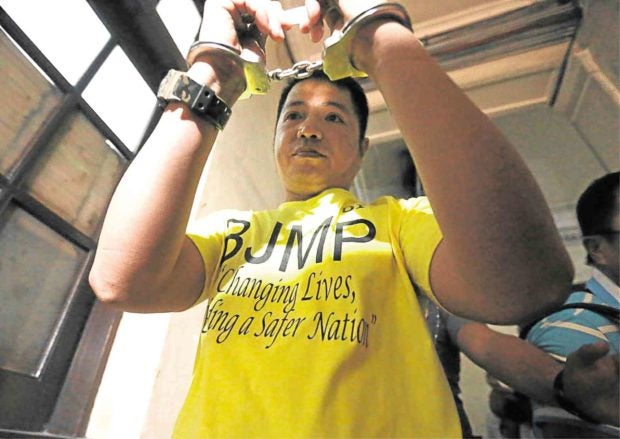 MANILA, Philippines — A former Army reservist was sentenced to up to 40 years in prison on Monday after he was convicted of killing a cyclist in a road rage incident in Quiapo, Manila, in 2016.

He ordered Tanto to pay the victim’s family over P1.04 million in actual damages and P300,000 in indemnity ex delicto, moral and exemplary damages.

A fistfight broke out between the two men when the victim, who was on a bicycle, [was blocked by] Tanto’s car on July 25, 2016.

Footage taken by a closed-circuit television camera showed Tanto getting a gun from his car and shooting Garalde repeatedly before escaping.

He later surrendered to authorities who tracked him down in Masbate province after a nationwide search.

Read Next
Makati OKs P10,000 yearly cash gift for seniors aged 90 and above
EDITORS' PICK
China expands lockdown against virus, fast-tracks hospital
SM continues to send relief assistance to remote towns in Batangas
‘A greener, cleaner tomorrow’: A how-to guide for Filipinos who want to help with today’s energy crisis
Palace: US Senate move also made Duterte junk VFA
Get exciting deals and discounts when you download the new McDonald’s App
Countries with confirmed cases of coronavirus
MOST READ
Taal’s sulfur dioxide emission increases
No time for revelry; Tagaytay instead plans for alert level 5
Palace: US Senate move also made Duterte junk VFA
Dina Bonnevie on Coney Reyes: We have forgiven each other
Don't miss out on the latest news and information.