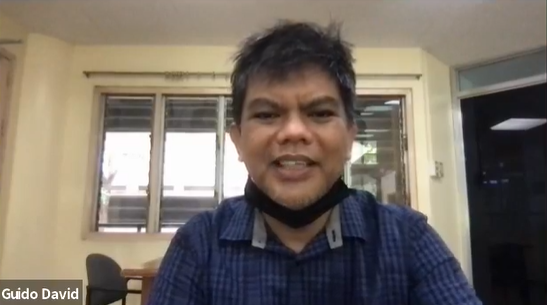 MANILA, Philippines — OCTA Research fellow Dr. Guido David on Monday said the current wave of rising COVID-19 cases in the country might last up to the “ber” months due to the spread of the more transmissible Omicron variant and other factors.

“The wave [in our country] is already longer than we expected. Initially, we expected a two-month wave due to Omicron BA.4 and BA.5 [just like what happened] in South Africa. It began, more or less around June, [then] July to August. So, we’ve already had two months but we’re not yet in the peak, so it’s taking longer,” David replied when asked about the team’s latest pandemic projections during the Laging Handa public briefing.

“Right now, it’s looking like it will last up to four or five months, well, into the ‘ber’ months,” he added.

David said he was not ruling out the possibility that the “prolonged” wave is caused by the yet-undetected spread of the latest Omicron subvariant, B.2.75, unofficially dubbed as “Centaurus.”

“It’s possible that our wave is getting prolonged because of, maybe, the effects of BA.2.75 that is causing additional infections—this is just a possibility,” he said.

However, Dr. Cynthia Saloma, executive director of the Philippine Genome Center, said that aside from the two cases detected in the Visayas last month, the agency has so far not found any more BA.2.75 from the random samples it has tested.

Saloma said that of the samples tested last month, the BA.5 variant and its subvariants were predominant, with around 85 percent detected in the samples. There were a few samples that tested positive for the BA.4 variant, several with BA.2.12.1 and “very, very few” of BA.2.3.

He said OCTA was not recommending the escalation of alert levels due to the low hospital utilization, adding, “We can endure it (rising cases) for now. This is the reason why [the government] embarked on a vaccination and booster drive so that our hospital utilization rate will not increase and for our economy and our businesses to remain open.”

He added that the waning of immunity does not occur at the same time since people got vaccinated in different times, saying this also contributed to lower number of severe cases requiring hospitalization. He said the hospital utilization rate in the country is at 37 percent, compared to the first Omicron wave last January where the rate reached 50 to 60 percent.

David added the masking mandate and social distance should still be complied with by the public to prevent the spread of monkeypox.

Daily COVID-19 cases have risen to nearly 4,000 daily but hospital bed utilization rate is at around 30 percent within the “low risk” level.

The DOH confirmed 80 more deaths due to COVID-19, about half of which occurred last year. This brought the official death toll to nearly 61,000 out of 3.8 million confirmed cases.

There are nearly 39,000 active cases or people who are still infected with the virus.

According to the latest bulletin, 24.8 percent of COVID-19 intensive care unit (ICU) beds are occupied, slightly up from 23.3 percent last week.

For the DOH, hospital bed utilization rates below 50 percent are considered “low risk.”

Having a primary dose and one booster shot should be the “new minimum” for COVID-19 vaccine compliance among Filipinos, said Barangay Health and Wellness Rep. Angelica Natasha Co.

Citing data on COVID-19 vaccinations, Co said over 40 million Filipinos have not yet received their primary vaccine doses, while 90 million have not yet gotten their booster shots.

Read Next
Meralco cuts power rates in August
EDITORS' PICK
Percy Lapid’s kin: ‘We demand that his cowardly assassins be brought to justice’
Nothing’s certain so here’s how everyday Filipinos can make the most out of their Plan B
Do all the things you do, faster
PNP vows to bring justice for slain Percy Lapid; says probe underway
House energy committee chair Arroyo bats for cheap electricity
‘Seniority’ requirement despite vacant posts in DOH bothers senators
MOST READ
Student stabs teacher dead in Samar town
Not rehired?: Trixie Cruz-Angeles not on list of reappointed Cabinet execs
Final net satisfaction rating slightly decreases for Robredo, Sotto — SWS
Heart Evangelista to stay abroad ‘indefinitely’: ‘Hindi muna ako babalik’
Don't miss out on the latest news and information.