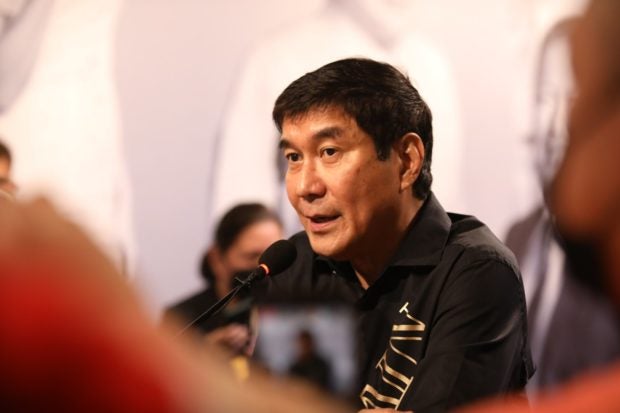 MANILA, Philippines — Critics of the birthday celebration of Senator Sonny Angara should know that it was the charity that drove government officials to a night of partying last Saturday at the Manila Polo Club, Senator Raffy Tulfo said Monday.

Critics complained that while politicians partied, Filipinos faced inflation and other socioeconomic problems.

At a press conference at the Senate, Tulfo was asked how he felt about comments attacking him and the government officials who attended Angara’s 50th birthday party.

(Those who say that are such killjoys. They should know the reasons why we were there.)

“Una, tao naman kami, marunong din kami dapat mag-relax. Pangalawa, it was for a cause rin,” he added.

(First, we are also human. We should also know how to relax. Second, it was also for a cause.)

According to Angara, his party raised P3 million, which will be donated to the Philippine General Hospital Foundation.

(So, that party has a benefit. It is not all dancing but also for a good cause, charity.)