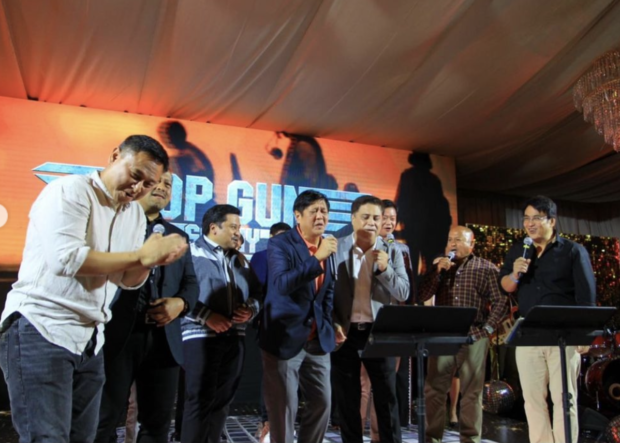 Angara’s birthday celebration was dubbed a party with a cause as attendees were encouraged to donate to his chosen charity instead of bringing gifts, his Communications Director Dennis Legaspi noted.

“Best part of the night is that we raised over P3 million for the PGHFoundation — our chosen beneficiary in lieu of gifts,” Angara posted on his Instagram account late Sunday night. 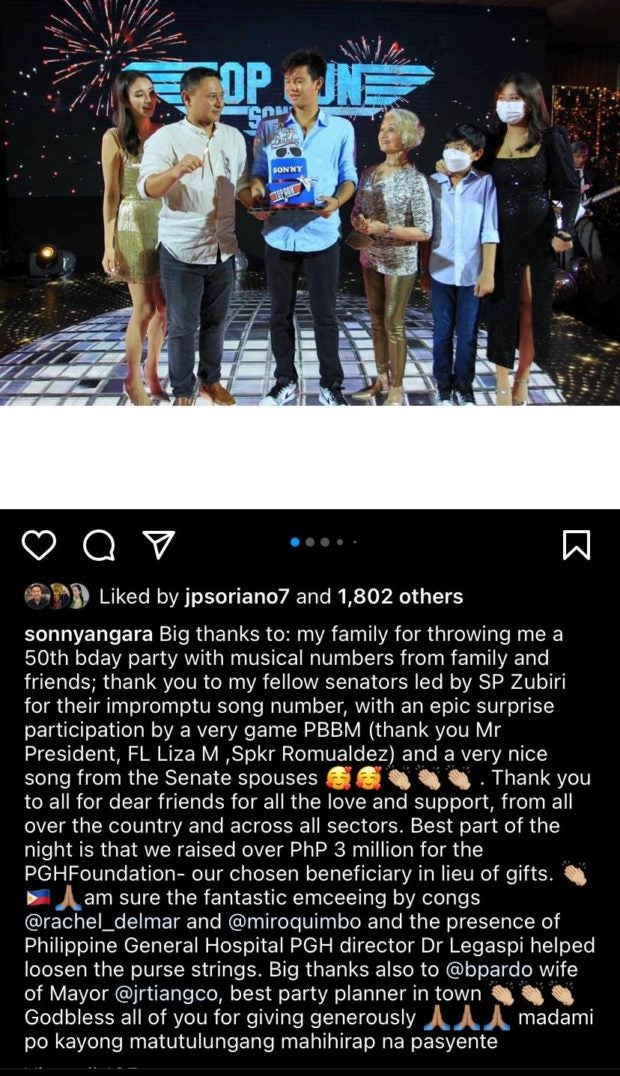 “God bless all of you for giving generously, madami po kayong matutulungang mahihirap na pasyente (You will be of help to a lot of poor patients),” he added.

In a Twitter post on Monday afternoon, Angara shared that donations are still ongoing and the amount reached nearly P5 million.

(Yearly, every birthday of the senator, he donates there.)

Happy 50th Bday Sen. Sonny Angara! What a treat! All Senators sang together with Pres. Bongbong Marcos on your special day. ❤️😀🎂

A video of Marcos singing along with other senators has circulated online which drew flak from social media users.

Critics argued that while government officials were partying, Filipinos are suffering from high inflation and other socio-economic issues.