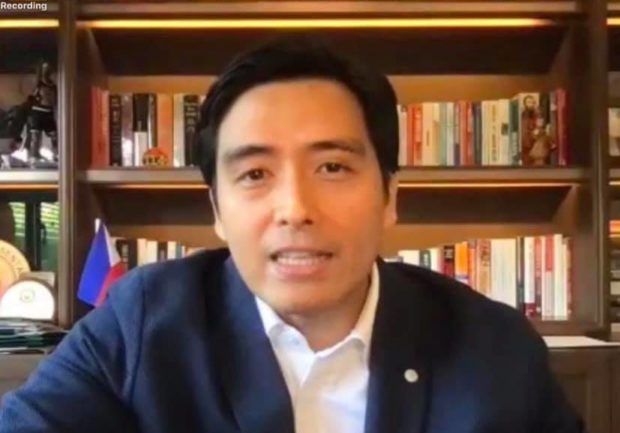 MANILA, Philippines — Quezon City Councilor Alfred Vargas has urged the national government and other local governments to implement programs similar to the urban farming initiatives of the Quezon City government to help families cope with the rising prices of food and other basic commodities.

Vargas said the program, started by Mayor Joy Belmonte in 2010 during her term as vice mayor, has helped establish more than 160 organic farms in backyards, daycare centers, churches and communal spaces in the city.

“This is a model of sustainability and self-sufficiency that can be adopted by the national government and other [local governments],” he added.

Vargas said the Sharon Farm in District V, his home district, was considered one of the city’s community model farms under the GrowQC Food Security Program.

The 5,000 square-meter farm serves as a “feeder farm,” providing seedlings and other agricultural inputs for other urban gardens and farms in Quezon City.

“At times like this, we need to innovate and adapt to be more resilient. Many local governments can learn from Quezon City’s initiatives to strengthen food security. But these innovations need to be supported by sufficient resources and, just as important, by the ‘bayanihan’ of the communities and people who will most benefit from these solutions,” Vargas said.

Read Next
DOH launches website on COVID-19 drug supply
EDITORS' PICK
Percy Lapid’s kin: ‘We demand that his cowardly assassins be brought to justice’
Nothing’s certain so here’s how everyday Filipinos can make the most out of their Plan B
Do all the things you do, faster
PNP vows to bring justice for slain Percy Lapid; says probe underway
House energy committee chair Arroyo bats for cheap electricity
‘Seniority’ requirement despite vacant posts in DOH bothers senators
MOST READ
Student stabs teacher dead in Samar town
Trixie Angeles quits as press secretary due to health reasons
Not rehired?: Trixie Angeles not on list of reappointed Cabinet execs
Heart Evangelista to stay abroad ‘indefinitely’: ‘Hindi muna ako babalik’
Don't miss out on the latest news and information.