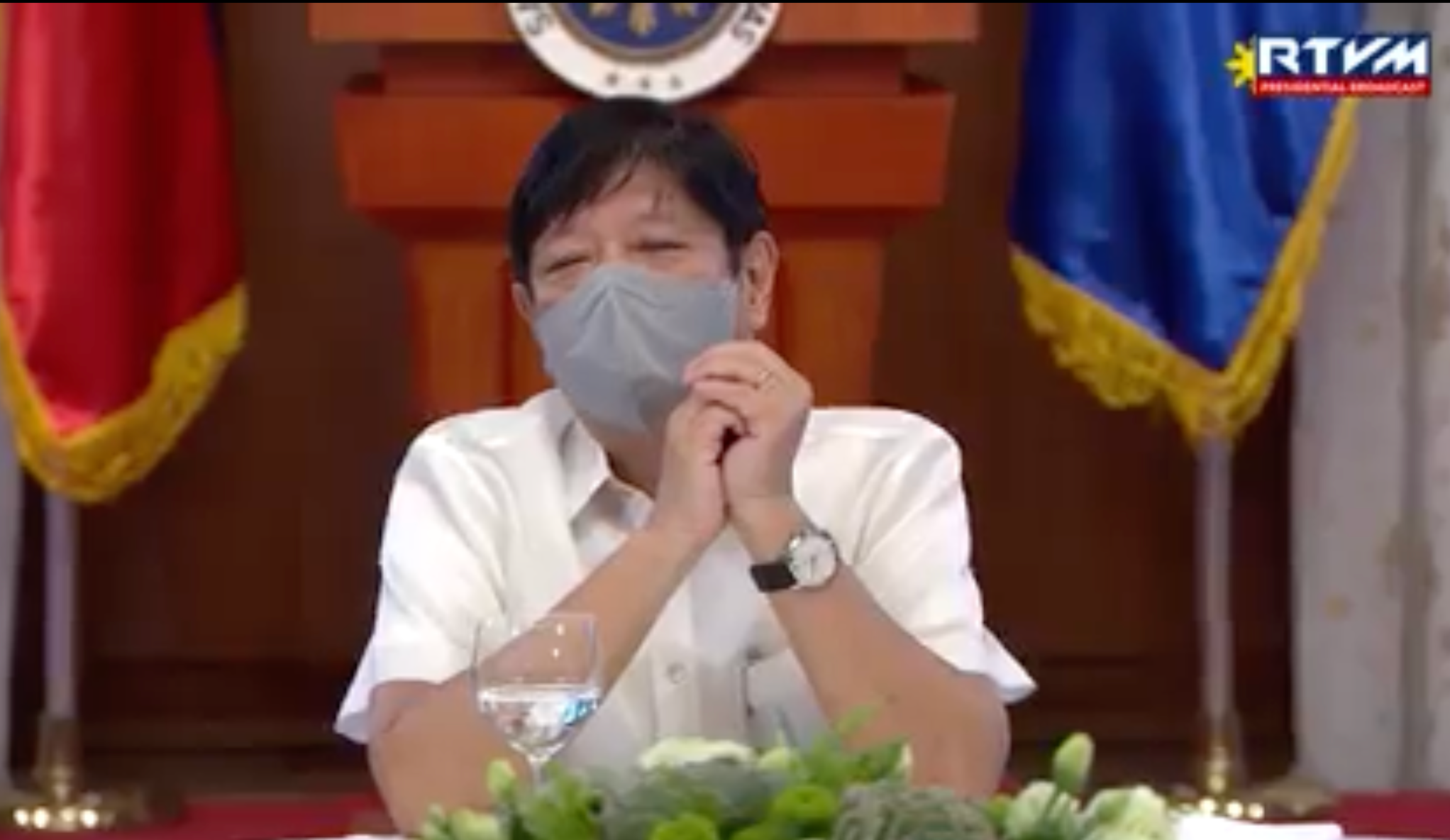 President Ferdinand Marcos Jr. during his meeting with members of the League of Cities of the Philippines (LCP). Screengran from RTVM / Facebook

MANILA, Philippines — President Ferdinand Marcos Jr. has opted not to present any new evidence as a defendant in a 35-year-old forfeiture case against his family.

He will instead adopt the evidence earlier presented by the other defendants in the ill-gotten wealth case, his attorney told the Sandiganbayan antigraft court on Friday.

It was the first time Marcos Jr. made a move in one of his family’s long-drawn legal battles while serving as the country’s Chief Executive.

Although the defense was granted more time to make its case, the President’s lawyer Manuel Plaza moved for the adoption of the evidence presented by the heirs of Modesto Enriquez, and Rebecco and Erlinda Panlilio in Civil Case No. 14 before the Sandiganbayan’s Second Division.

The move is seen to expedite proceedings in the case, one of many forfeiture lawsuits filed against the Marcoses and their alleged cronies after the 1986 Edsa People Power Revolution ended the dictatorship of Marcos Jr.’s father.

Being an heir, Marcos Jr. is a defendant in the civil case along with his mother, Imelda, and sisters Imee, the senator, and Irene.

In Civil Case No. 14, the government accused the Panlilio couple of acting as dummies for the dictator and his wife in acquiring ownership and control over several hotel and resort companies, among other properties.

The Presidential Commission on Good Government (PCGG) filed the case on July 22, 1987, and the complaint was modified on October 8, 1991.

Court records showed that the PCGG accused the Panlilios of taking advantage of their close ties with the Marcoses to get ownership of the companies by securing highly unconscionable loans and financial assistance from the government.

During Friday’s hearing, Plaza made a verbal motion informing Associate Justice Oscar Herrera Jr., the presiding chair of the Sandiganbayan division handling the case, about his client’s move.

The President’s lawyer also told the court that he would have to secure first a special power of attorney from Marcos Jr. in adopting the evidence by the other defendants.

But prosecutors from the PCGG and the Office of the Solicitor General (OSG) told the court that Marcos Jr.’s move should be made in a proper motion, drawing no objections from the court or the defense.

There is no available public information from the Sandiganbayan about the evidence previously presented by the heirs of the Panlilios and Enriquez.

This is the first time that Marcos Jr. has responded to the case since winning the presidency in May. The hearing was originally scheduled on August 13, 2019, long before the elections, and he was supposed to present evidence.

In a June 22 resolution, the court granted the motion of Marcos Jr.’s lawyers to be given ample time to present evidence, setting aside a 1996 order that declared the Marcoses in default for nonappearance.

As a result of their exile abroad, the Marcoses, who had failed to respond to the civil cases, were declared in default. When the Marcos patriarch died in September 1989, the heirs were substituted as defendants after they were allowed to return to the Philippines in 1991 to face the multiple cases filed against them.

On July 7, a week after the new President was sworn into office, Plaza moved to postpone the proceedings to give them “more time” to present evidence, noting that his clients received the Sandiganbayan’s order just weeks before Marcos Jr.’s inauguration on June 30.

The lawyer said then that “we really just have to make sure we prepare the best defense,” adding that he wanted to verify records and check whether their witnesses were still around.

On Friday, Marcos Jr.’s attorney changed his tune, saying the President would rather adopt the evidence by his codefendants in the civil case.

The pretrial hearing will be on the morning of August 10. —WITH A REPORT FROM INQUIRER RESEARCH