Imaginary events can never be history, Binay says of ‘Maid in Malacañang’ 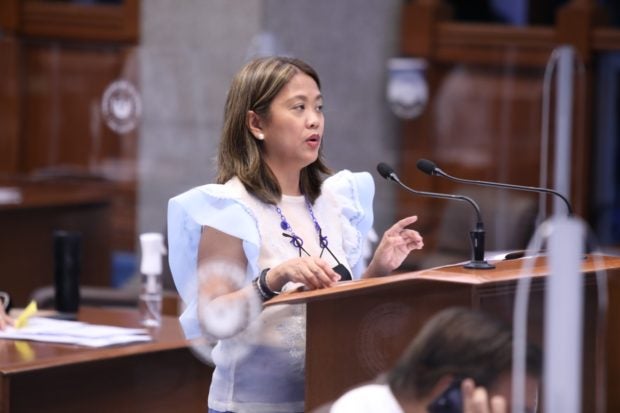 MANILA, Philippines — “Imaginary events can never be history,” Senator Nancy Binay had this to say on Friday amid the cinema showing of the controversial film “Maid in Malacañang.”

Binay shared on her Twitter account a photo of Cebu City’s Carmelite nuns’ official statement on the movie’s “reprehensible” “attempt to distort history.”

Along with the photo, Binay posted on Twitter: “Imaginary events can never be history. Historical trueness will always prevail over historical fiction.”

“The path to healing a nation begins at truth-telling,” she continued, adding the hashtags “Never Forget” and “Truth Shall Always Prevail.”

To recall, the Carmelite nuns issued their statement after learning that the film showed the late former President Cory Aquino and some religious sisters playing mahjong.

The nuns noted that the said scene was malicious, and no one in the movie team reached out to them to ask for information.

“The truth was that we were then praying, fasting, and making other forms of sacrifices for peace in the country and for the people’s choice to prevail,” they said.

Before the Edsa People Power Revolution in 1986, the Carmelites hid Aquino despite fears that the military would knock at the monastery’s door.

The nuns prayed and protected Aquino despite the risks as it was their “contribution to put an end to a dictatorial regime” under then President Ferdinand Marcos Sr.

Maid in Malacañang, directed by Darryl Yap, is a film that depicts the Marcoses’ last 72 hours in the Palace “through the eyes of one reliable source.”