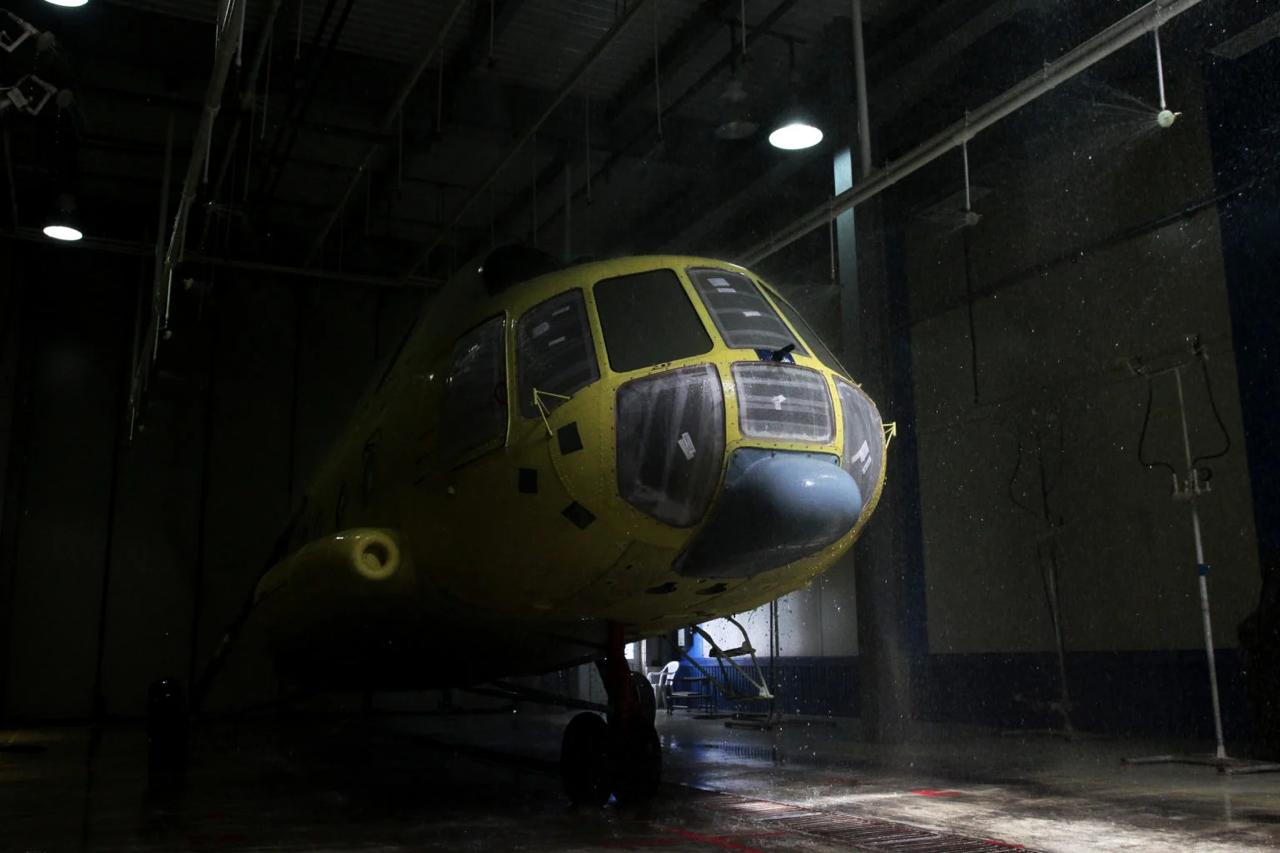 FILE PHOTO: A Mi-17 helicopter is seen during the leak test at Kazan Helicopter Plant, a subsidiary of Russian Helicopters, in Kazan, Russia, on August 24, 2020. REUTERS/Alexey Nasyrov

The Philippines risks losing the P2 billion it gave as down payment for the P12.7-billion deal to buy 16 Mi-17 helicopters from Russia after the contract was scrapped before the end of the Duterte administration for fear of economic sanctions from the United States.

Former Defense Secretary Delfin Lorenzana, who now heads the Bases Conversion and Development Authority, said it was up to the new administration if it wanted to ask Russia to return the initial payment.

“We don’t know if we could still get back the money since we are the ones who terminated the contract. It will take some time for the negotiations for us to get back the P2 billion,” Lorenzana told reporters on Wednesday.

The former defense chief said it was the decision of former President Rodrigo Duterte to cancel the deal, upon the recommendation of then Finance Secretary Carlos Dominguez III to Jose Romualdez, the Philippine ambassador to the United States.

“He (Duterte) said that it is better for us to terminate the contract because the disadvantage that we will get is greater than if we pursue it,” Lorenzana said.

There were 10 types of possible sanctions enumerated by Dominguez, according to Lorenzana, which included the freezing of the Philippine government’s bank accounts abroad and the holding back of remittances of Filipinos from the United States to the Philippines.

Lorenzana, as the signatory in the contract, said he terminated the deal on June 25, just days before the Duterte administration’s term ended on June 30.

Back in March, Lorenzana said a down payment had been made in January and they did not see “any likelihood of (the deal) being scrapped as of this moment” amid the ongoing Russia-Ukraine conflict.

The first batch of the choppers was supposed to be delivered next year.

Under the US Countering America’s Adversaries Through Sanctions Act (CAATSA), countries with major deals with Russia’s defense industry would be sanctioned economically. The CAATSA was enacted in 2017 to punish Russia for its alleged meddling in the US elections and its later aggression in Ukraine.

President Ferdinand Marcos Jr. was already aware of the decision made by the previous administration and he planned to honor it, Romualdez told the Inquirer.

The United States was also informed of the decision and “they are pleased to offer us alternatives,” he said.

As to getting back the payment from Russia, Romualdez said: “We will work on it.”

The Philippine Air Force (PAF) had been considering American aircraft manufacturer Boeing’s Chinook helicopters for its heavy-lift helicopter requirement for years, but government funding was always a challenge. The PAF needed such choppers to transport heavy loads for various missions, including disaster response and combat operations.

The Mi-17 deal would have been the country’s first major procurement from Russia. Duterte, during his six-year term, had forged closer ties with Russia and China, while alienating the country’s closest ally, the United States.

Duterte himself announced in 2020, in an interview with Russian state-controlled international news television network RT, that the Philippines would order 12 “cargo helicopters” from Russia.

“The basis of the pivot to Russia was to diversify military equipment and training away from the US and toward nontraditional partners like Russia and China… but everything failed,” he told the Inquirer.

Moscow had offered a range of weapons systems, from small arms to submarines under Duterte.

But De Castro said the selection of Russian helicopters was more of a political decision and these air assets would have not been interoperable with the systems used by the Armed Forces of the Philippines, which were compatible with the country’s military allies and partners.