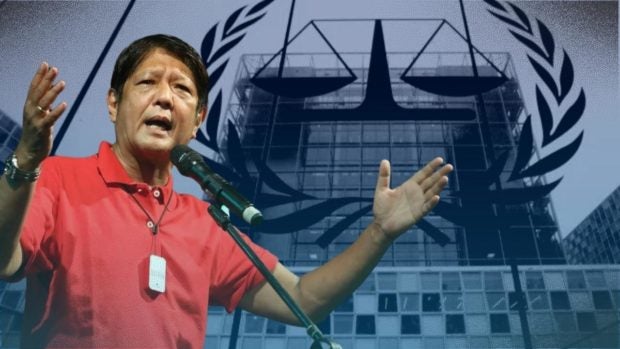 MANILA, Philippines —A coalition of international rights groups has joined the chorus of criticisms on the government’s refusal to rejoin the International Criminal Court (ICC).

President Ferdinand Marcos Jr. earlier revealed that the Philippines no longer intends to be a member state in the Hague-based court, noting that there are already domestic investigations on the previous administration’s bloody war on drugs.

Denouncing this decision, the International Coalition for Human Rights in the Philippines (ICHRP) said it is “extremely disappointed but not surprised by the new Marcos administration’s decision to keep the Philippines outside the jurisdiction of the ICC.”

“This is part of the continued and ongoing state cover-up of crimes against humanity,” ICHRP Chairperson Peter Murphy said in a statement on Wednesday.

According to the group, the country’s exclusion from the ICC is “an ominous sign for human rights as the only rationale for not being under its jurisdiction is to shelter perpetrators from prosecutors and the intention to continue committing such crimes.”

The ICC previously launched a probe on the administration of former President Rodrigo Duterte’s alleged human rights violations, zeroing in on its controversial campaign against illegal drugs.

But Duterte has repeatedly refused to cooperate with the ICC as he even declared the Philippines’ withdrawal from Rome Statute, the treaty establishing the said international tribunal.

“ICHRP has full confidence in the impartiality of the ICC,” Murphy said. “We reiterate that the ICC should vigorously pursue the full investigation of the previous Duterte administration for these alleged crimes against humanity so that, finally, justice may be served and impunity ended.”