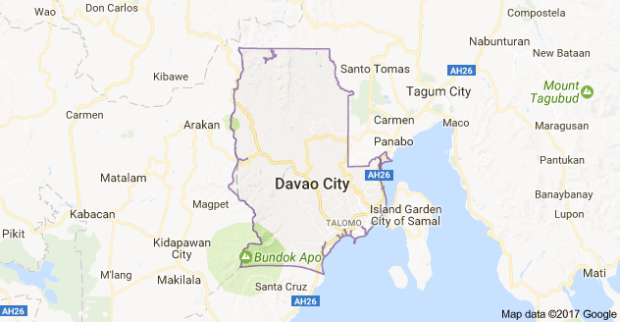 Alfredo Baloran, City Disaster Risk Reduction and Management Office chief, said his office was monitoring the Suawan, Tamugan, and Davao rivers for sodium hydroxide content after a tanker carrying it fell into a 50-meter ravine.

The mishap resulted in the death of the driver and injuries to his helper.

“(The chemical) can easily burn human skin. It can also cause people to vomit and develop diarrhea,” Baloran explained.

The chemical could also cause stomach pain and breathing difficulty, he added. The highly corrosive chemical is used to make soap and even explosives, he said.

Baloran said water samples from the three rivers had been examined. He reiterated his call for people not to use these until they are declared safe.

One of the three rivers, Tamugan, is being developed into a source of potable water for the city under the bulk water supply project.

“Our fear is if there is a huge downpour and the water bodies overflow, the chemicals will wash into the river,” he said as he pointed out that personnel of the Bureau of Fire Protection had started examining the extent of the spill.

He said the problem might be bigger because of the possibility that the chemical will drift to other tributaries of the Davao River.