PARIS — A smallpox vaccine shown to protect against monkeypox has come under huge global demand, leading health authorities to warn against repeating the unequal distribution seen during the Covid pandemic.

While monkeypox had long been endemic in parts of West and Central Africa, since May there have been outbreaks across the world.

It has caused a scramble for doses of the only authorised vaccine against monkeypox worldwide, which is produced by Danish drug maker Bavarian Nordic.

Here is the current state of play about the vaccine’s effectiveness and availability. 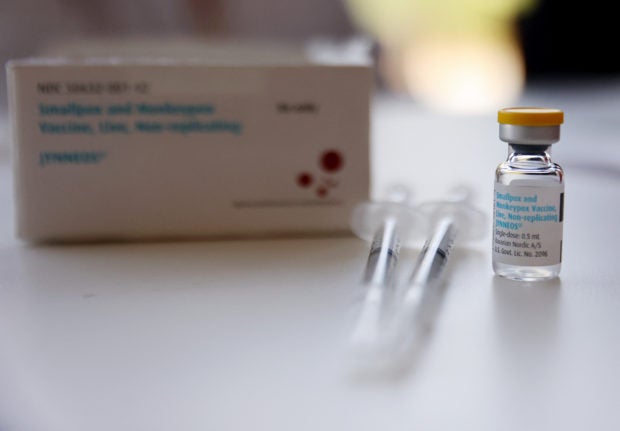 A vial of the Jynneos monkeypox vaccine sits on a table at a pop-up vaccination clinic opened today by the Los Angeles County Department of Public Health at the West Hollywood Library on August 3, 2022 in West Hollywood, California. AFP

Called MVA-BN and marketed under the name Jynneos in the United States and Imvanex in Europe, the vaccine was originally developed to fight smallpox.

Both viruses are part of the orthopoxvirus family.

Olivier Schwartz, head of the virus and immunity unit at France’s Pasteur Institute, said that the virus proteins for monkeypox and smallpox were 90-95 percent similar.

“So using a very similar vaccine to block it is a proven strategy,” he said.

While there is not yet large-scale data on the protection of Bavarian Nordic’s vaccine against monkeypox, previous research has suggested it is highly effective.

“The vaccine protection figure of 85 percent dates from field studies in the 1980s and 1990s in DR Congo and is quite approximate,” Schwartz said.

He added that studies on healthcare workers in 2018 and experiments on macaques had indicated the vaccine can be effective even after a patient has contracted monkeypox.

And people who had a smallpox vaccine dose before 1980 also have some immunity from monkeypox, though its extent and duration remain uncertain.

Schwartz said that studies during the 2000s found that around 30 percent of those vaccinated two decades earlier still had antibodies against smallpox.

He added that a booster dose would “reactivate cellular immunity, even after 20 to 40 years”.

But Yannick Simonin, a virologist at the University of Montpellier, warned that immunity “decreases over time and the persistence of neutralising antibodies against monkeypox has never been evaluated”. 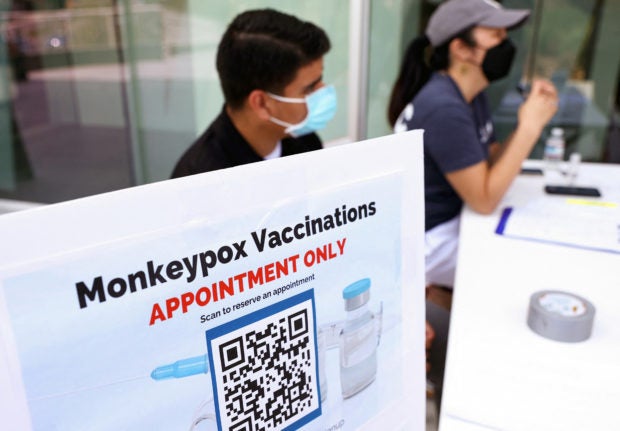 Health workers sit at a check-in table at a pop-up monkeypox vaccination clinic which opened today by the Los Angeles County Department of Public Health at the West Hollywood Library on August 3, 2022 in West Hollywood, California. AFP

Bavarian Nordic partnered with the US health authorities in 2003 and has already delivered 30 million doses to the country.

Since monkeypox started spreading outside of Africa in May, the company has said it will deliver seven million more doses to the United States.

There is a total of around 16 million doses of the vaccine worldwide, mostly in bulk form, meaning it will be months before they are ready to use, according to the World Health Organization.

It has been difficult to determine the exact number of stocks held by countries, which have sometimes declined to reveal numbers — angering some non-governmental organisations and politicians.

Bavarian Nordic, which can produce up to 30 million doses a year, has also been reticent to reveal where it is sending them.

On Wednesday the company announced it would supply 350,000 doses to an “undisclosed” country in the Asia-Pacific region.

Two other smallpox vaccines, ACAM2000 and LC16, are currently being studied to determine their effectiveness against monkeypox.

The United States currently has more than 100 million doses stockpiled of ACAM2000, but it is believed to cause more side effects than newer-generation vaccines.

Emergent BioSolutions, which makes ACAM2000, told AFP that it can currently produce more than 18 million doses a year — and could ramp up to 40 million annually if needed. 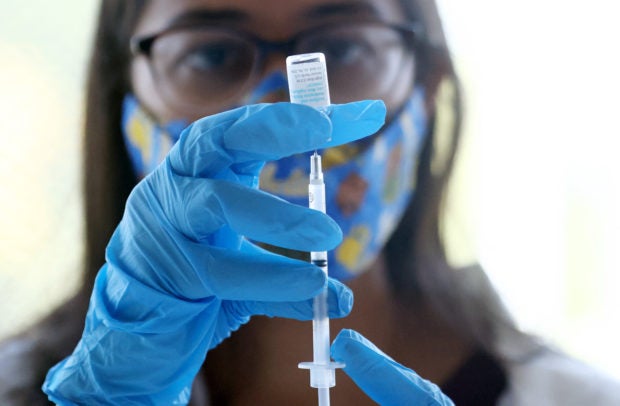 Pharmacist Uchita Parikh prepares a dose of the Jynneos monkeypox vaccine at a pop-up vaccination clinic opened today by the Los Angeles County Department of Public Health at the West Hollywood Library on August 3, 2022 in West Hollywood, California. AFP

Despite being the continent that has long battled monkeypox, Africa has yet to receive any vaccine doses.

There have been more than 3,000 confirmed monkeypox cases in Africa this year, while doctors say around 70 deaths have been linked to the disease.

The WHO has called on countries that do have vaccines to share, urging the world not to repeat the inequality of access to Covid vaccines between rich and poor nations.

Meg Doherty, director of the WHO’s global HIV, hepatitis and sexually transmitted infection programmes, said on Sunday that 35 countries have requested access to the monkeypox vaccine.

She told a meeting at the International AIDS Conference in Montreal there was “quite a possible risk” that it was rich countries requesting the doses.

“We want equity,” she added.

PH working with US gov’t to secure monkeypox vaccines