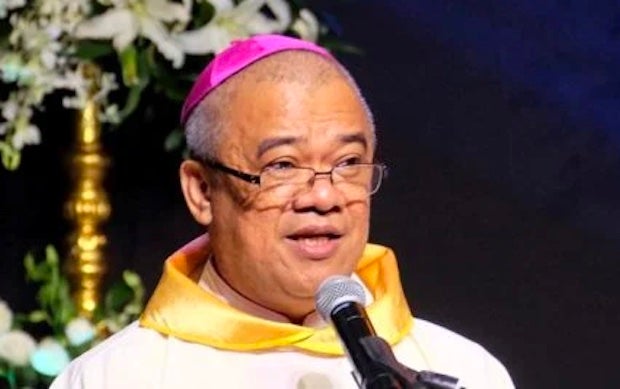 CEBU CITY, Cebu, Philippines — A Catholic bishop has called for a boycott of the controversial movie about the last 72 hours of former President Ferdinand Marcos and his family in the Palace before his ouster during the Edsa People Power Revolution in 1986.

Describing “Maid in Malacañang” as “shameless,” Bishop Gerardo Alminaza of San Carlos City in Negros Occidental also asked the people behind the film to issue an apology.

“The producer, scriptwriter, director and those promoting this movie should publicly apologize to the Carmelite nuns, to President [Corazon] ‘Cory’ Aquino’s family and to the Filipino people,” he said in a statement posted on the website of the Catholic Bishops’ Conference of the Philippines.

In addition, Alminaza challenged the Movie and Television Review and Classification Board, which is under the Office of the President, to “act responsibly” on the issue and “perform its mandated duty.”

The movie, which opened in cinemas nationwide on Wednesday, showed nuns playing mahjong with Aquino who sought refuge at the Carmelite monastery in Cebu City during the 1986 uprising.

The Order of Discalced Carmelites on Tuesday decried the controversial film which its prioress, Sr. Mary Melanie Costillas, called an attempt to distort history and malign the nuns and Aquino by depicting them as playing mahjong “while the fate of the country was in peril.”

“The truth was that we were then praying, fasting, and making other forms of sacrifices for peace in this country and for the people’s choice to prevail,” she said in a statement.

Cebu Gov. Gwendolyn Garcia also deplored attempts to put the Carmelite nuns in a bad light but made no mention of the controversial film.

“I stand with the Carmelite nuns of Cebu. And I condemn any malicious attempt to malign them,” she wrote on her official Facebook account, also on Tuesday.

Msgr. Joseph Tan, spokesperson for the Archdiocese of Cebu, asked people not to overreact, saying the film was clearly a fictional rendition of history.

“Just take this movie for what it is — as a form of entertainment and realize its genre is one of theater of the historical fictionalization of the event of the history,” he said.

For Dr. Rene Josef Bullecer, one of the Catholic lay leaders in Cebu, the movie’s intent was really “malicious” because, aside from maligning the nuns, it also tried to discredit Aquino.

“We must remember that Cory is already dead. We must not cast doubt on her. Instead of maligning her, we must instead pray for her,” he said.

At the same time, Bullecer, who also serves as country director of Human Life International, warned people about those who wanted to put down the Catholic Church.

“There are those who were bound to destroy the credibility of the Church. Let us be very vigilant,” he said.