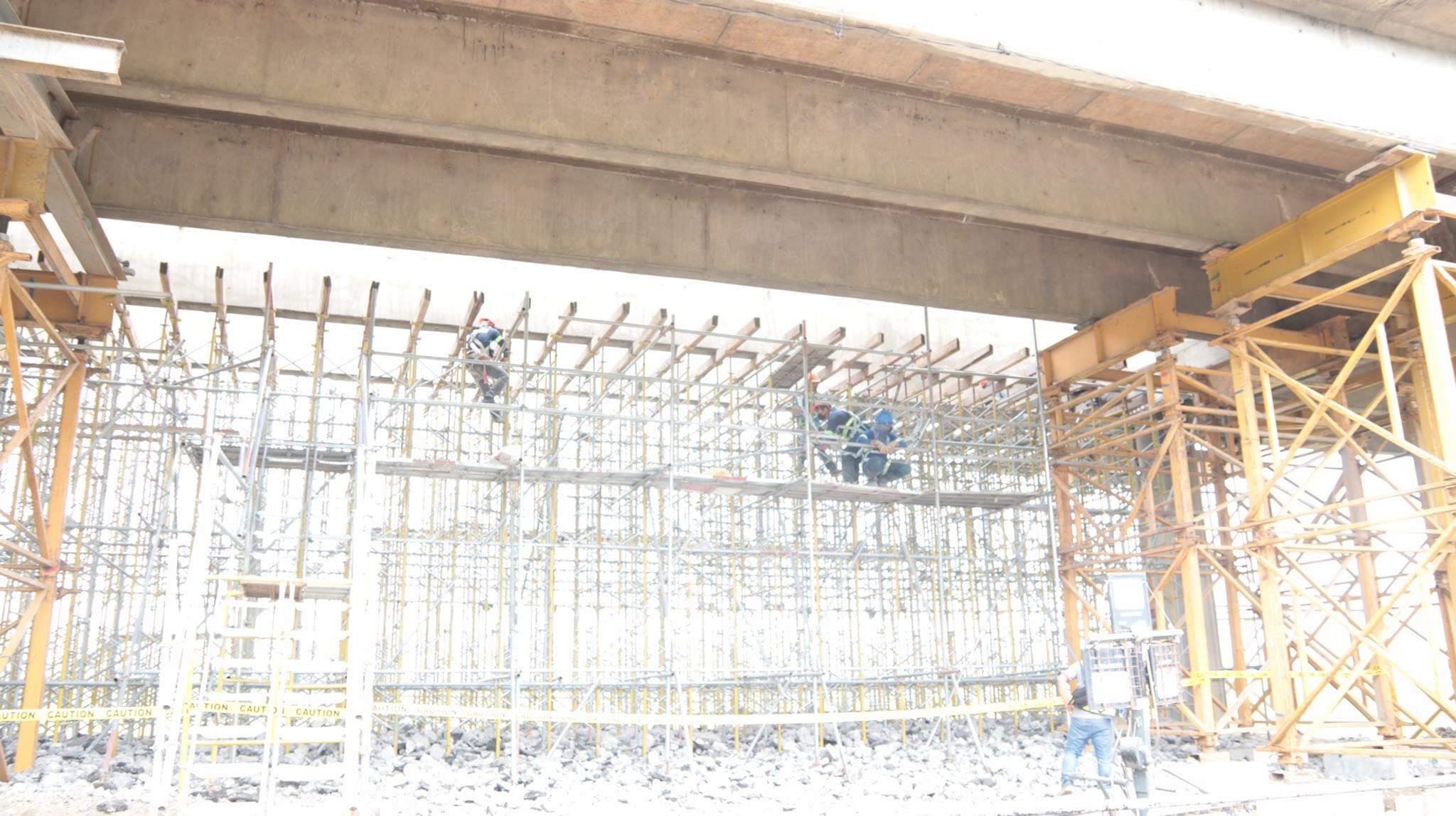 Parts of Candaba viaduct are being shored up as seen in this photo taken in early July. (Photo courtesy of NLEX Corp.)

This, after Pampanga Gov. Dennis Pineda agreed to the firm’s weight limit and rerouting plan that will allow it to continue rehabilitating the almost 50-year-old viaduct, especially the lane going to Metro Manila.

“I respect the decision of the NLEX Corp. to proceed with the 33-ton weight limit,” Pineda said after emerging from a meeting with officials of the NLEX and the Department of Public Works and Highways.

To strictly enforce the anti-overloading law, or the Republic Act No. 8794, the governor asked the NLEX Corp, the Land Transportation agency, and the police’s Highway Patrol Group to form a task group.

Quarry operators and haulers of sand and stones from Pampanga agreed with Pineda to suspend operations for two weeks to give them more time to cut the sidings of trucks to avoid overloading. A new sticker will be issued to truck owners who comply.

“We expect a drop in the collection of quarry fees and taxes, but they have to stop in the meantime. We need to protect our bridges and roads,” the governor told reporters.

The NLEX Corp suggested an alternative route via Gapan City in Nueva Ecija. Traveling via eastern Bulacan is not feasible since the DPWH closed the San Miguel Bridge to traffic. In addition, the Apalit section of the MacArthur Highway in Pampanga is also under repair.