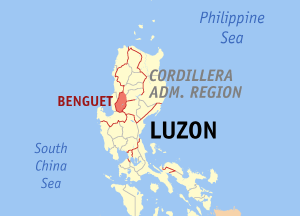 BAGUIO CITY—A 15-year-old student died on Monday, August 1, after a concrete mixer hit him as he was building a retaining wall in Sablan town, Benguet province.

Investigators said the unidentified fatality, a high school student, was pinned underneath the concrete mixer, which fell around 4:30 p.m. from an elevated roadside, while unloading cement just above a worksite at Sitio Payda in Barangay Bayabas.

The victim’s two companions, who are also both underage, were injured after being hit by soil debris. They were taken to a nearby hospital for treatment.

In Benguet’s Tuba town, vegetable porter Rynante Samson Libao, 42, died after his motorcycle fell into a canal along the Asin Road.

The police said Libao was heading home at Barangay Coplo in Sablan when he figured in the accident.

Investigators said the victim was believed to have drowned in the canal. INQ