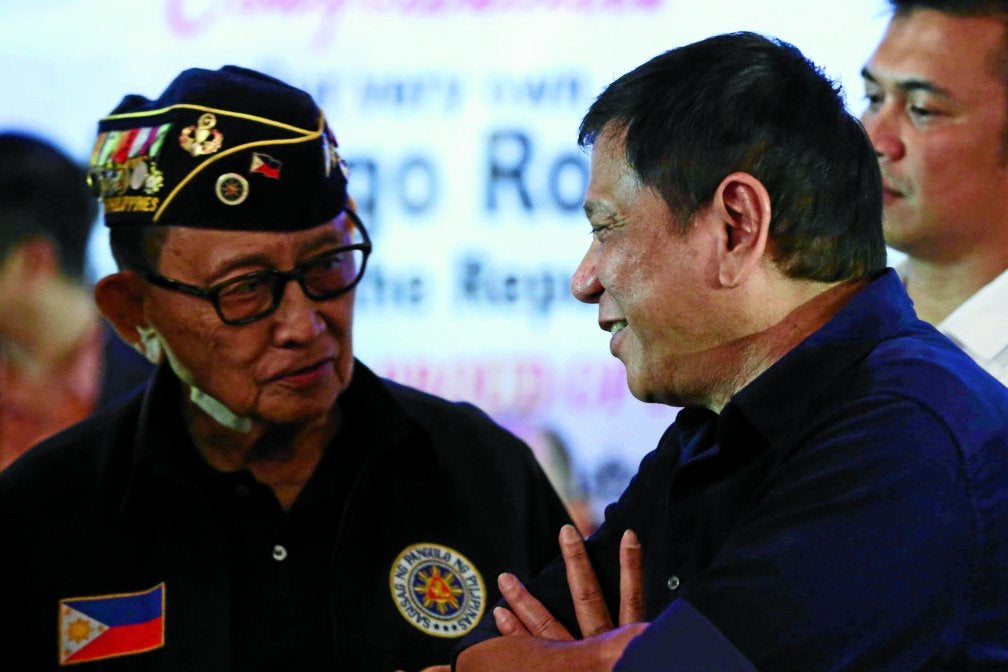 MANILA, Philippines — Vice President Sara Duterte and her father, former President Rodrigo Duterte on Sunday extended their condolences to the family of former president Fidel Ramos who died at the age of 94.

“I convey my deepest condolences to the bereaved family of former President Fidel V. Ramos,” said Sara Duterte in a statement.

She then cited Ramos’ achievements as a politician which included the 1996 peace agreement with the Moro National Liberation Front (MNLF), which ended the 24-year Moro rebellion.

“He was a real patriot — one who encouraged  men and women in uniform to value their integrity as public servants,” said Duterte.

“May we find inspiration from FVR’s life and the immensity of the legacy that he built out of his love of country and fellow Filipinos,” she added.

Former president Rodrigo Duterte, meanwhile, expressed his “deep sadness” on learning of the death of Ramos.

“I am one with his wife, Ming, his family, his friends, and the entire Filipino people in mourning the death of a great statesman, mentor, and friend,” said Duterte.

“As we grieve for his loss, let us honor his legacy of service and his significant contributions to the country,” he added.