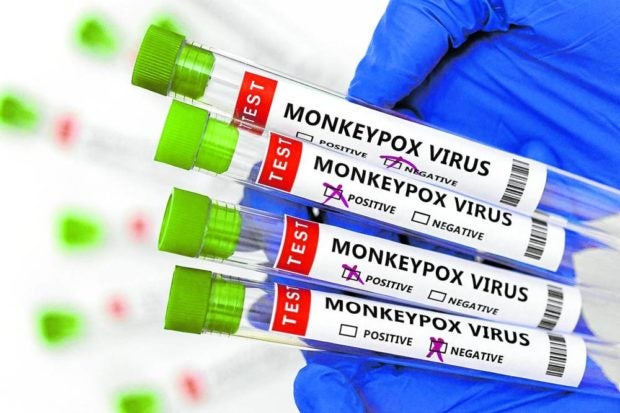 MADRID — Whether it’s abstinence, avoiding nightclubs, limiting sexual partners or pushing for a swift vaccine rollout, Spain’s gay community are on the front line of the monkeypox virus and are taking action.

“With this monkey thing, I prefer to be careful… I don’t have sex any more, I don’t go to parties any more, and that’s until I’m vaccinated and have some immunity,” said Antonio, a 35-year-old from Madrid who declined to give his surname.

Antonio, who often went to nightclubs and sometimes to sex parties, decided to act as cases continued to increase.

Outside of Africa, the only other such death has been in Brazil.

More than 18,000 cases have been detected throughout the world outside of Africa since the beginning of May, according to the World Health Organization (WHO).

Spain is one of the world’s worst-hit countries. The country’s health ministry’s emergency and alert coordination centre put the number of infected people at 4,298.

As cases increase globally, the WHO has called on the group currently most affected by the virus — men who have sex with men — to limit their sexual partners.

Before going on holiday abroad, one holidaymaker said he would avoid “risky situations”.

“I didn’t go to sex clubs anymore and I didn’t have sex either,” the 38-year-old explained.

“This is not like Covid, the vaccine already exists, there’s no need to invent it. If it wasn’t a queer disease, we would have acted more — and faster,” said Antonio.

Like other members of the gay community, he believes the authorities have not done enough.

NGOs have denounced a lack of prevention, a shortage of vaccines and stigmatisation linked to the virus.

This is despite the WHO declaring the monkeypox outbreak a global health emergency.

Early signs of the disease include a high fever, swollen lymph glands and a chickenpox-like rash.

The disease usually heals by itself after two to three weeks, sometimes taking a month.

A smallpox vaccine from Danish drug maker Bavarian Nordic, marketed under the name Jynneos in the United States and Imvanex in Europe, has been found to protect against monkeypox.

It took Antonio three weeks to get an appointment to be vaccinated, after logging on to the official website every day at midnight.

Appointments “are going as fast as tickets to the next Beyonce concert”, another joked referring to the gay icon.

So far, Spain has only received 5,300 doses which arrived in late June.

The Spanish health ministry declined to comment when contacted by AFP.

‘Anyone can catch it’

Nahum Cabrera of the FELGTBI+ NGO, an umbrella group of over 50 LGBTQ organisations from all over Spain, insists there is an urgent need to vaccinate those most at risk.

That means not just gay men, but anyone who has “regular sex with multiple partners, as well as those who frequent swingers’ clubs, LGTBI saunas etc”, he said.

“It risks creating a false sense of security among the general population, and they relax into thinking that they are safe and that it only happens to men who have sex with men,” he said.

The target age group for vaccination is those aged between 18 and 46, he added.

Older people are vaccinated against smallpox which was eradicated in Europe in the early 1970s.

“We are facing a health emergency… that affects the LGBTI community, so people think it is insignificant, that it is not serious,” said Ivan Zaro, of the Imagina MAS (Imagine More) NGO.

“This is exactly what happened 40 years ago with HIV.

After three weeks in isolation, a challenge after the pressures of Covid, he told his family and friends.

The 32-year-old, who is in a monogamous relationship, said he still did not know how he had caught it.

“I warn everyone,” he said. “It’s an infectious disease, anyone can catch it.”