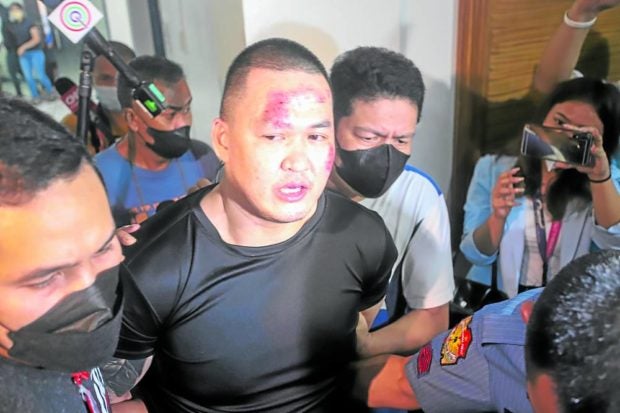 MANILA, Philippines — Dr. Chao Tiao Yumol, the suspect behind the multiple killings during the Ateneo College of Law graduation rites, has been transferred to the custody of the Bureau of Jail Management and Penology (BJMP), ahead of his arraignment next week.

Quezon City Police District Director P/BGen. Remus Medina said that Yumol’s transfer to BJMP was done on Saturday, a day after the murder of his father Rolando in Lamitan City, Basilan.

Medina said the QCPD will continue to closely coordinate with BJMP with regards Yumol’s case. At the same time, he thanked his colleagues for handling the case well, along with the local government of Quezon City.

(The QCPD will continue to strengthen its relationship with the BJMP to ensure that the scheduled hearings in the case of the suspect, Dr. Yumol, will go smoothly.)

Aside from three counts of murder, Yumol also stood charged for one count of frustrated murder, car theft and malicious mischief with damages amounting to P80,000 sought by car owner Johnny Palma.

He also injured Furigay’s daughter, who graduated from her law studies on that day.