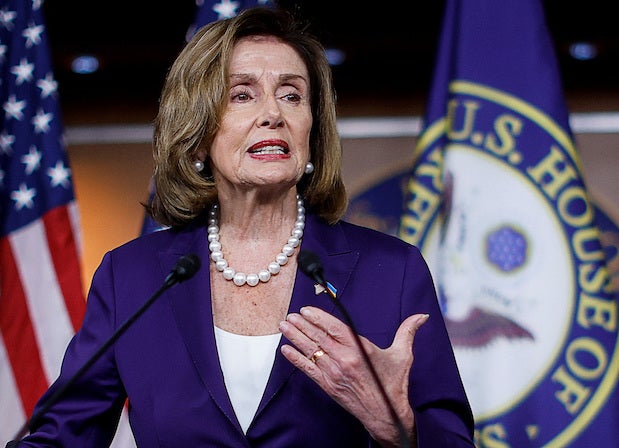 US House Speaker Nancy Pelosi (Democrat-California) addresses reporters during a news conference at the US Capitol in Washington, US, July 29, 2022. (REUTERS/Jonathan Ernst)

BEIJING — Prominent Chinese commentator Hu Xijin said on Saturday he deleted a tweet warning of military retaliation should US fighter jets escort House Speaker Nancy Pelosi on any visit to Taiwan, after Twitter blocked his account.

Pelosi, number three in the US line of presidential succession, after Joe Biden and Vice President Kamala Harris, signaled on Friday she was embarking on a trip to Asia.

She did not mention Taiwan, but speculation of her visiting the democratically ruled island, claimed by Beijing, has intensified in recent days, fuelling tensions beyond the Taiwan Strait.

Chinese President Xi Jinping warned Biden in a phone call on Thursday that Washington should abide by the one-China principle and “those who play with fire will perish by it.”

Hu, former editor-in-chief of state tabloid Global Times, wrote on China’s microblog Weibo: “I’ve conveyed the message: if the US military sends fighter jets to escort Pelosi to Taiwan, then the move would take the vile nature of such a visit to another level, and would constitute aggression.”

If Pelosi were to visit Taiwan, Hu, a nationalist firebrand with a wide Twitter following, wrote, “Our fighter jets should deploy all obstructive tactics. If those are still ineffective, I think it is okay too to shoot down Pelosi’s plane.”

On Friday, a White House national security spokesperson said the United States had observed no evidence of looming Chinese military action against Taiwan when asked about a possible visit to the island by Pelosi.

Visits by US officials to Taiwan are a source of tension between Beijing and Washington, which does not have official diplomatic ties with Taiwan but is bound by law to provide the island with the means to defend itself.

The United States has a large military presence in the Asia-Pacific, including around the South China Sea, through which a US aircraft carrier is traversing as part of what the US Navy said was a routine patrol.

As U.S. defends Ukraine at U.N., China warns against challenge over Taiwan