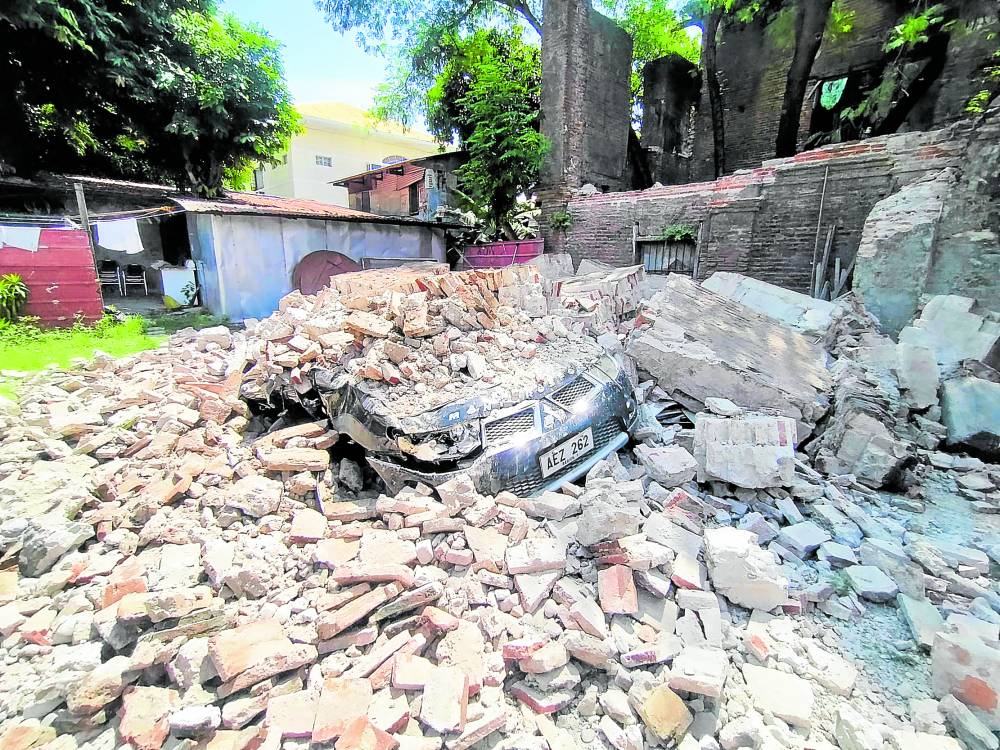 VIGAN IMPACT A car is buried under the debris from an old house damaged by the earthquake in Vigan City, Ilocos Sur.
—AFP

DAGUPAN CITY – Three major bridges in Region I (Ilocos) were damaged by the July 27 earthquake that struck Abra.

One of the bridges is still not passable while two others are passable only by vehicles weighing ten or five tons, as of July 30.

A situational report from the Department of Public Works and Highways (DPWH) showed that the Tagudin-Cervantes road is not passable while clearing operations is going on to remove debris from land/rock slides.

In La Union town, the San Luis Bridge traversing Rosario-Pugo Road is passable only by vehicles of up to ten tons, and motorists are advised to take the Manila North Road/Agoo-Baguio City Road and vice versa.

In Dagupan City, the Dawel Bridge along Dagupan-Bonuan-San Fabian Road is passable only by vehicles of up to five tons. Vehicles above five tons may take Pangasinan-La Union Inter Provincial Road (Dagupan-Mangaldan Road Section).

Authorities are conducting detailed assessment on all infrastracture affected by the earthquake.