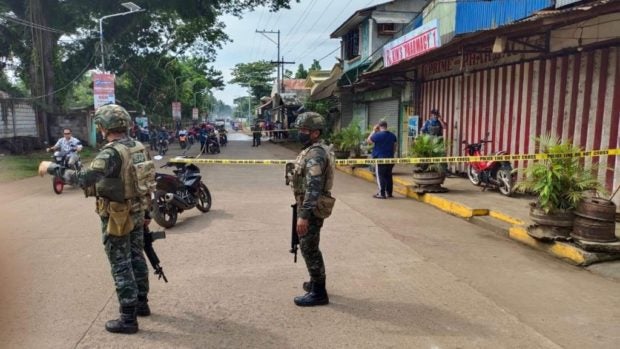 PNP officer-in-charge Vicente Danao Jr. said in a statement that Interior Secretary issued the directive for the PNP in Basilan to implement tighter security measures in Lamitan City after the killing of Rolando Yumol.

“We adhered to the mandate of Interior Secretary Benhur Abalos and beefed up border controls to halt the possible escape of the gunmen,” Danao said.

Danao said that PNP personnel have already been deployed in checkpoints to monitor suspected persons attempting to pass through.

According to Danao, the arrest of the perpetrators is vital to deepen the investigation as many assumptions would link the incident to last Sunday’s shooting at the Ateneo de Manila University.

“Let the probe take its course. We need concrete proof to establish the motive of the crime killing Mr. Rolando Yumol,” he said.

Danao also sought for the public’s cooperation in informing law enforcers for any suspicious looking individuals in their community.

The older Yumol was killed a day after his son was indicted for the killing of former Lamitan Mayor Rose Furigay along with two other individuals during Ateneo College of Law graduation rites at the Ateneo de Manila University campus in Quezon City.