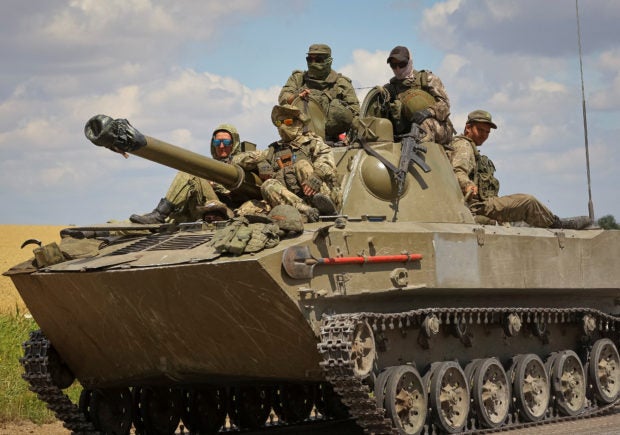 ODESA, Ukraine/KYIV  – Dozens of Ukrainian prisoners of war appeared to have been killed when a prison building was destroyed in a missile strike on Friday, with Moscow and Kyiv accusing each other of carrying out the attack.

The deaths, some of which were confirmed by Reuters journalists at the damaged prison where the men were held, overshadowed U.N.-backed efforts to restart shipping grain from Ukraine and ease a looming global hunger crisis.

Russia’s defence ministry said 40 prisoners were killed and 75 wounded in the attack on the prison, in the frontline town of Olenivka, in a part of Donetsk province held by separatists.

Ukraine’s armed forces denied carrying out the strike, saying Russian artillery had targeted the prison to hide the mistreatment of those held there and lay the blame on Ukraine. Foreign Minister Dmytro Kuleba said Russia had committed a war crime and called for international condemnation of the incident.

Reuters TV footage showed the remains of a cavernous burned-out building filled with metal beds, some with charred bodies still lying on them while other bodies were lined up on military stretchers or on the ground outside.

The Russian defence ministry said that the prison housed Ukrainian prisoners of war and that eight prison staff were also wounded. Russian-backed separatist leader Denis Pushilin was quoted saying there were no foreigners among the 193 detainees.

The Ukrainian government has accused Russia of atrocities and brutality against civilians during the invasion and said it has identified more than 10,000 possible war crimes.

Its armed forces general staff said the prison attack was an attempt to shift the blame.

“In this way, the Russian occupiers pursued their criminal goals – to accuse Ukraine of committing ‘war crimes’, as well as to hide the torture of prisoners and executions,” it said.

Russia has denied involvement in war crimes, accused Kyiv of staging them to smear its forces and said it is investigating Ukrainian war crimes.

A spokesman for the Moscow-backed separatists told journalists in Olenivka that Ukraine had attacked after the prisoners of war had begun talking about crimes conducted by the Ukrainian military. There was no way to immediately verify either of the two versions of events.

Separately, Ukraine said at least five people had been killed and seven wounded in a Russian missile strike on the southeastern city of Mykolaiv, a river port just off the Black Sea, as Russia fired across frontlines in eastern and southern Ukraine.

Russia, which denies targeting civilians, did not immediately comment on the situation.

News of the missile strike came as Infrastructure Minister Oleksandr Kubrakov said Ukraine was ready to restart grain shipments from its southern ports.

Russia and Ukraine agreed last week to unblock grain exports from Black Sea ports, which have been threatened by Russian attacks since it invaded Ukraine on Feb. 24.

The deal was the first diplomatic breakthrough of the conflict and wheat prices being offered in Asia slid this week on expectations of higher supplies.

Kubrakov told reporters in the southern port of Odesa that the country was ready to ship grain from two ports under the U.N.-brokered agreement but that no date had been set for the first shipment to leave.

“In total, 17 ships were loaded before the war. Today we began the loading of another ship at Chornomorsk. We have, in principle, solved almost all technical questions,” he said.

He said he hoped the first ships could leave port before the end of the week, while Bridget Brink, the U.S. ambassador to Ukraine, said she hoped agreement would be reached later on Friday to open the way for the first shipment.

Ukrainian President Volodymyr Zelenskiy said his country was ready and awaiting a signal from the United Nations and Turkey to start the shipments.

While the blockage of grain in Ukraine, one of the world’s biggest exporters, has fed into global food price rises, shortages of Russian natural gas have raised energy prices in Europe and prompted fears of shortages over winter.

Russian gas flows via the Nord Stream 1 pipeline to Germany remained at just 20% of capacity on Friday, after Russia halved the flows on Wednesday citing maintenance work.

Moscow, which describes its invasion of Ukraine as a “special military operation” conducted in self-defence, blames Western sanctions for the low gas supplies. Ukraine and its allies say the Russian assault was entirely unprovoked and have accused Moscow of blackmail over its gas exports.

An intelligence update from Britain said Russia has ordered mercenaries to hold sections of the frontline in Ukraine – a sign it is running short of combat infantry as Kyiv steps up a counter-offensive in the south.

Greater reliance on fighters from the Russian private military company Wagner Group for frontline duties rather than their usual work in special operations would be another sign that Russia’s military is under stress.

“This is a significant change from the previous employment of the group since 2015, when it typically undertook missions distinct from overt, large-scale regular Russian military activity,” the ministry said.

Wagner and the Kremlin were not available for comment.

Ukraine’s counter-attacks in the south come as Russia battles for control of the entirety of the industrialised Donbas region in the east. It has already seized one of the two provinces, Luhansk, and is edging forward in Donetsk, where the prison struck on Friday lies southwest of the provincial capital.