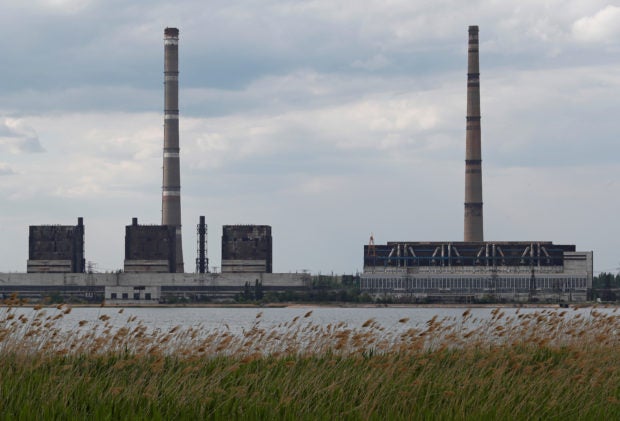 A view shows the Vuhlehirska Power Station during Ukraine-Russia conflict in the town of Svitlodarsk in the Donetsk region, Ukraine May 25, 2022. REUTERS FILE PHOTO

KYIV — Russian forces took over Ukraine’s second-biggest power plant and are conducting a “massive redeployment” of troops to three southern regions, a Ukrainian presidential adviser said, amid expectations of a Ukrainian counter-offensive.

Russian-backed forces said on Wednesday they had captured the Soviet-era coal-fired Vuhlehirsk power plant intact, in what was Moscow’s first significant gain in more than three weeks.

Oleksiy Arestovych, an adviser to Ukrainian President Volodymyr Zelensky, confirmed the capture of the plant in the eastern Donetsk region, but said it was only a “tiny tactical advantage” for Russia.

The Russian redeployment to the south appeared to be a switch to strategic defense from offence, he added, with troops sent to Melitopol, Zaporizhzhia and Kherson regions.

Ukraine has made clear it intends to recapture the southern city of Kherson, which fell to Russia in the early days of the war.

Oleksiy Danilov, secretary of Ukraine’s National Security and Defence Council, earlier tweeted that Russia was concentrating “the maximum number of troops” in the direction of the Kherson but gave no details.

Ukrainian forces in the south said they had killed 66 enemy troops and destroyed three tanks and two arms dumps in the past 24 hours. Russian forces attacked the city of Mykolaiv with multiple rocket launchers, they added.

Reuters was unable to verify the battlefield reports.

Ukraine also shelled an important bridge straddling the Dnipro river in Kherson, closing it to traffic. Russian officials had earlier said they would turn instead to pontoon bridges and ferries to get forces across the river.

Zelensky said Ukraine would rebuild the Antonivskyi bridge over the Dnipro and other crossings in the region.

“We are doing everything to ensure that the occupying forces do not have any logistical opportunities in our country,” he said in a Wednesday evening address. 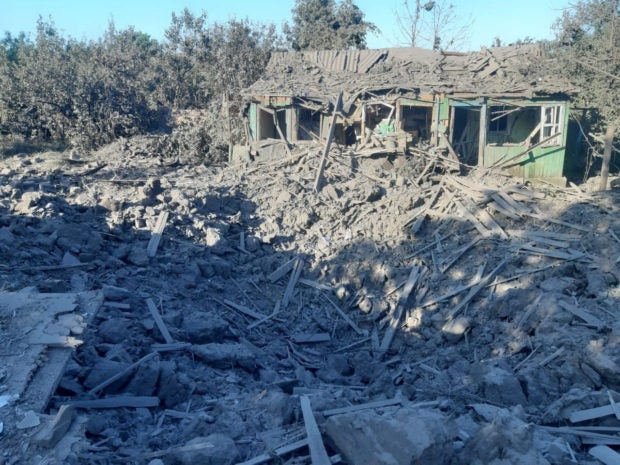 A view shows a shell crate at a residential area destroyed by a Russian military strike, as Russia’s attack on Ukraine continues, in the town of Toretsk, Donetsk region, Ukraine July 27, 2022. Press service of the State Emergency Service of Ukraine/Handout via REUTERS

Russia invaded Ukraine on Feb. 24 in what Moscow calls a “special military operation” to demilitarise and “denazify” its neighbour. Ukraine and its allies call the invasion an unprovoked war of aggression.

U.S. Secretary of State Antony Blinken said he planned a phone conversation with Russian Foreign Minister Sergei Lavrov – the first between the two diplomats since before the start of the war.

The call in the coming days would not be “a negotiation about Ukraine,” Blinken said at a news conference, restating Washington’s position that any talks on ending the war must be between Kyiv and Moscow.

Russia has received no formal request from Washington about a phone call between Blinken and Lavrov, TASS news agency reported.

The United States has made “a substantial offer” to Russia for it to release U.S. citizens WNBA star Brittney Griner and former U.S. Marine Paul Whelan, Blinken said, without giving details of what the United States was offering in return.

Blinken said he would press Lavrov to respond to the offer.

A source familiar with the situation confirmed a CNN report that Washington was willing to exchange Russian arms trafficker Viktor Bout, who is serving a 25 year-prison sentence in the United States, as part of a deal.

Aside from discussing Americans detained by Russia, Blinken said he would raise with Lavrov the tentative deal on grain exports reached last week between Russia, the United States, Turkey and Ukraine.

Russia reduced gas flows to Europe on Wednesday in an energy stand-off with the European Union. It has blocked grain exports from Ukraine since invading, but on Friday agreed to allow deliveries through the Black Sea to Turkey’s Bosphorus Strait and on to global markets.

The deal was almost immediately thrown into doubt when Russia fired cruise missiles at Odesa, Ukraine’s largest port, on Saturday, just 12 hours after the deal was signed.

Before the invasion and subsequent sanctions, Russia and Ukraine accounted for nearly a third of global wheat exports.

Russian and Russian-backed forces have been struggling to make meaningful progress on the ground since their capture in early July of the eastern Ukrainian city of Lysychansk.

They have been repeatedly pushed back by fierce Ukrainian resistance.