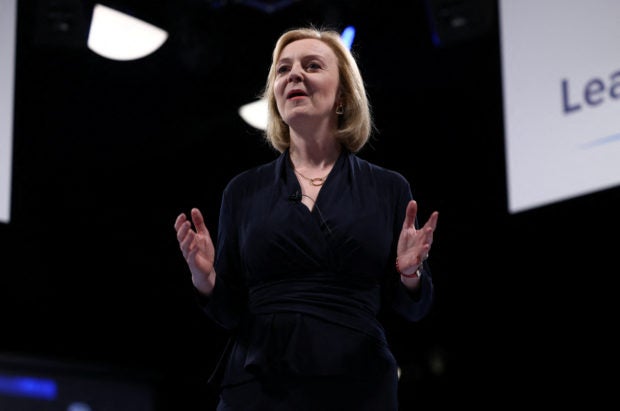 Johnson, who was forced to announce his resignation earlier this month by a rebellion in his Conservative Party over a series of scandals, has been a vocal supporter of Ukraine since Russia’s invasion in February. He has traveled twice to the capital Kyiv to meet Zelensky.

Truss, who as foreign minister has overseen imposing sanctions on those closest to Russian President Vladimir Putin, said she would work with allies to provide more weapons and humanitarian aid to Ukraine.

“As prime minister I will be Ukraine’s greatest friend – following in the footsteps of Boris Johnson – and commit completely to ensuring Putin fails in Ukraine and suffers a strategic defeat, and that Russia is constrained in the future,” she said in a statement.

“This conflict is in the balance, and now is not the time for soundings off about concessions and compromises to an appalling dictator…I am the candidate the British people can trust on Ukraine, and that they can trust to defend our freedom at home and abroad.”

Truss is vying to become the new prime minister against former finance minister Rishi Sunak in a leadership contest that has been marked by clashes over the timing of tax cuts as well as more personal attacks.

Truss leads in opinion polls among Conservative Party members, who will ultimately decide who will become Britain’s next prime minister after weeks of voting on Sept. 5.