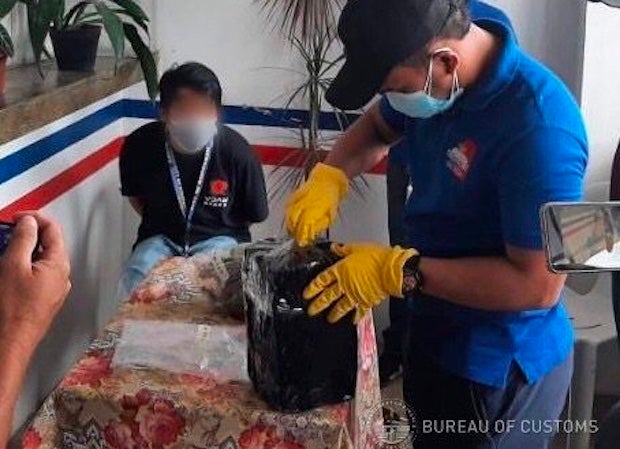 A drug peddler was arrested in Cotabato City. File Photo

COTABATO CITY—After two months of surveillance, a peddler of illegal drugs was nabbed and some P3.4 million worth of crystal meth seized.

Director Rogelito Daculla of the Philippine Drug Enforcement Agency in the Bangsamoro Autonomous Region in Muslim Mindanao (PDEA-BARMM), said PDEA agents, police, and Army soldiers arrested Buhaer Tutin Abusupian in a buy-bust operation past 3 p.m. on Wednesday at Bubong Road in Barangay Tamontaka 1 in this city.

Abusupian, 22, of Talayan town in Maguindanao province, earlier agreed to sell 500 grams of meth to an undercover agent at a transaction on the national highway in Datu Odin Sinsuat town.

The suspect relented when he noticed the presence of government forces nearby, so he demanded to have the exchange on a roadside in Tamontaka.

Seized from Abusupian were 10 plastic sachets with about 500 grams of meth worth P3.4 million, the buy-bust money, and a mobile phone.

Daculla said that Abusupian operated in Cotabato City and nearby towns of Cotabato and Maguindanao provinces.

The suspect is now under PDEA custody.