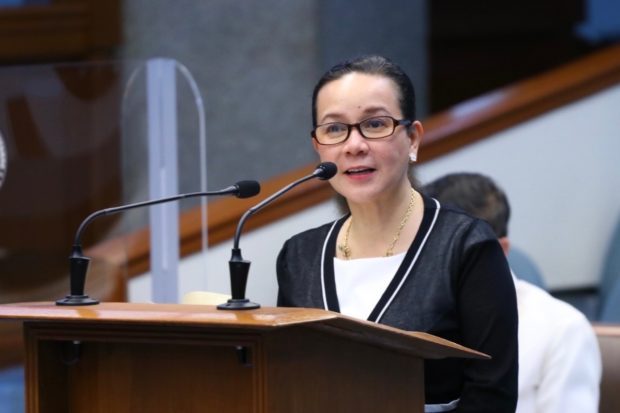 Poe, who chairs the Senate committee on public services, said that while she respects the President’s exercise of his veto powers, the grant of the expansion of DLPC’s franchise area “would have rolled out cheaper and better electricity services that can spur much needed growth in the region.”

“It is the people of Davao themselves who clamored for a new power provider as they have been held hostage by onerous power supply agreements entered into with less than due diligence,” Poe said in a statement.

“The interest of consumers comes first,” she added.

In his letter to Congress, Marcos said he was constrained to veto the bill “due to the apparent overlap and possible infringement into the subsisting franchise, permits, and contracts previously granted to North Davao Electric Cooperative Inc. (NORDECO).”

Marcos likewise said that the resulting repeal of the North Davao Electric Cooperative Inc.’s franchise over the expanded franchise area will violate the Constitution.

However, Poe said Congress made sure in the measure that the franchise expansion would not be violative of existing laws including the Electric Power Industry Reform Act and any constitutional or case law.

“As the Constitution allows, the franchise expansion falls squarely under the ‘amendment, alteration or repeal by Congress when the common good requires’,” Poe said.

Poe likewise stressed that the proposed expansion of DLPC’s franchise area is “not a collateral attack” but is “actually a response to the appeal of NORDECO’s customers for better power service.”

The senator said the Senate will await action from the House of Representatives as to whether the congressmen will refile the measure before the upper chamber can consider it again.

According to an Inquirer report, six local governments in Davao have signed their own resolutions calling for a new electricity provider that will replace NORDECO due to frequent brownouts, among other issues.

There were also protests, however, against the granting of the congressional franchise to DLPC