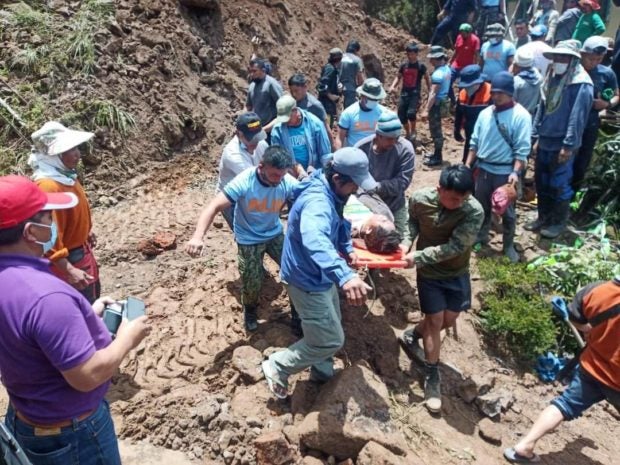 Rescue personnel retrieve the body of Andres Sagayo, 58, who was buried in a landslide in Bauko town, Mountian Province on July 28. (Photo courtesy of Mountain Province PIO)

BAGUIO CITY—A man died after being buried in a landslide on Thursday morning in Bauko town, Mountain Province.

The investigators said Sagayo and his family were holding a wake for his father-in-law when the landslide, caused by loose soil due to the recent 7-magnitude quake, hit their house.

Rescue personnel managed to pull Sagayo out of the rubble. He was taken to a hospital but was declared dead on arrival. INQ