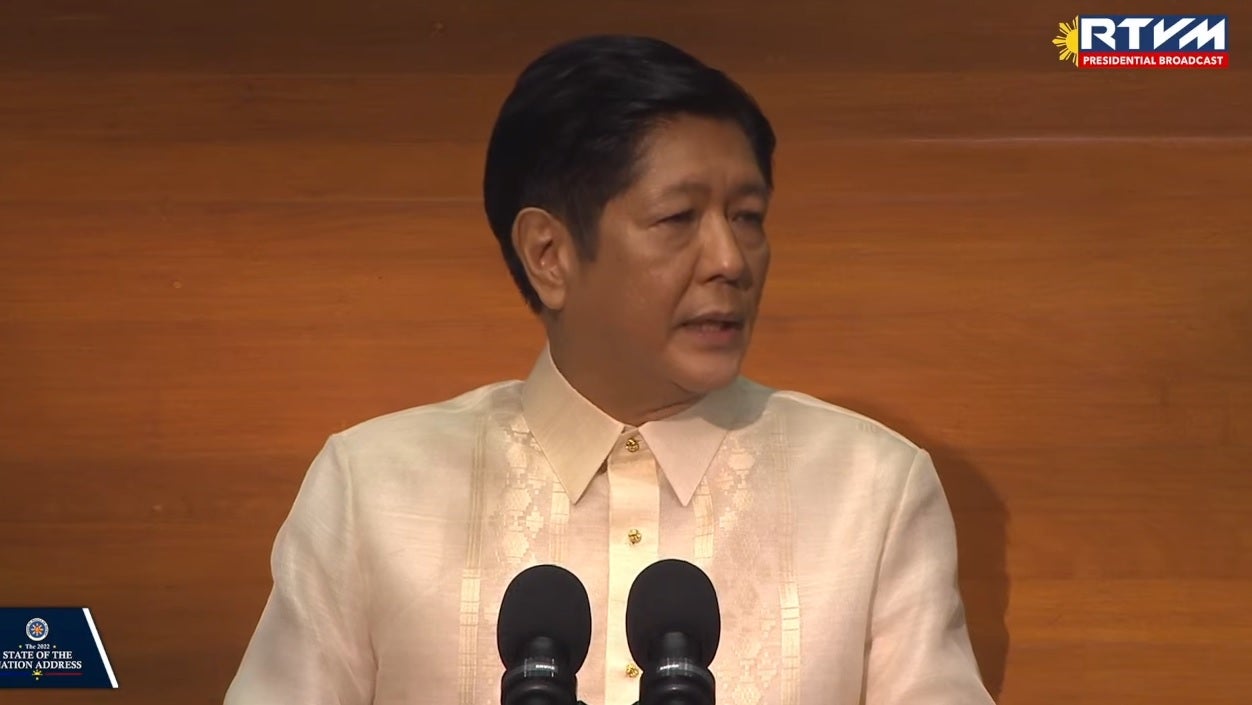 President Ferdinand Marcos Jr. delivers his first State of the Nation Address on Monday, July 25, 2022, at the Batasang Pambansa in Quezon City. Screengrab from RTVM

Marcos made his decision known through a letter addressed to Congress, which Senate President Juan Miguel Zubiri shared with the media on Thursday.

“While I recognize the prerogative of the Honorable Members of Congress and the laudable intent of the bill to further improve and develop access to electricity within the captive market of the expanded franchise area, I am constrained to veto the bill due to the susceptibility of the proposed expansion of the franchise area of Davao Light and Power Company Inc. to legal and/or constitutional challenge due to the apparent t overlap and possible infringement into the subsisting franchise, permits, and contracts previously granted to North Davao Electric Cooperative Inc.,” Marcos said in the letter dated July 27.

Marcos explained that North Davao Electric Cooperative Inc. has existing franchises in the expanded franchise area, which will subsist until 2028 and until 2033.

“The bill runs counter to the provisions of Section 27 of Republic Act No. 9136, or the EPIRA (Electric Power Industry Reform Act)  mandating that ‘all existing franchises shall be allowed to their full term’,” Marcos said.

Further, Marcos said that the resulting repeal of the North Davao Electric Cooperative Inc.’s franchise over the expanded franchise area would violate the Constitution.

“Furthermore, the bill, while on its face, amends the franchise of another entity over the expanded area, is a prohibited collateral attack on North Davao Electric Cooperative Inc. franchise,” Marcos said.

“This is contrary to a jurisprudentially settled doctrine that a franchise cannot be subjected to a ‘collateral attack’. In view of these considerations, I am constrained to veto the above mentioned Enrolled Bill,” the President added.