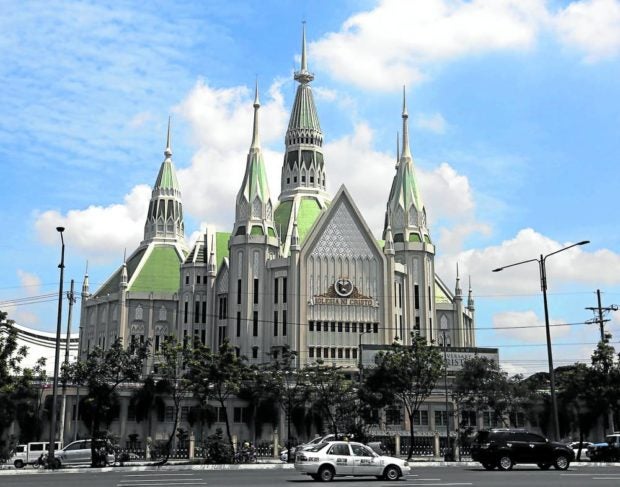 MANILA, Philippines – The Senate has adopted a resolution “commemorating the 108th founding anniversary of the Iglesia ni Cristo (INC), commending the leadership of Ka Eduardo V. Manalo, and recognizing his contributions to the Filipino nation and the world.”

Senate President Miguel Zubiri, who sponsored the resolution, said the anniversary of the INC also celebrates its role as an ally of the government in nation-building.

(We thank Iglesia ni Cristo for more than a century of providing help to our brothers and sisters in need, regardless of their religion.)

He similarly lauded its Unified Livelihood and Development (Unlad) initiative, which offers livelihood training and opportunities in the garment and food processing industries.

“The INC understands deeply, and provides valuable opportunities for empowerment through their livelihood programs,” the senator said.

Aside from celebrating the INC as a whole, Zubiri also recognized the contributions of Manalo as the current INC Executive Minister.

Senate Majority Leader Joel Villanueva echoed the call to adopt the resolution as its co-sponsor, noting how the INC extended assistance to the Filipino people during crises like the typhoon Odette in 2021, and the eruption of Mt. Bulusan in Sorsogon last June.

“Recently, the church delivered goodwill bags containing rice, canned goods, instant noodles, medicines, and vitamins to communities severely affected by the typhoon Odette last year, including Aklan, Biliran, Cebu and Iloilo for the whole month of June, and provided moral upliftment – providing moral upliftment from the teachings of the Holy Bible,” he detailed.

He added: “On June 7, 2022, or two days after the eruption of Mt. Bulusan in Sorsogon, the Iglesia ni Cristo mobilized the much needed help through its Lingap sa Mamamayan or Aid to Humanity program.”

Senator Robin Padilla, also a co-author of the resolution, said he is sure that the INC will likewise extend aid to those affected by the recent 7-magnitude earthquake in the province of Abra.

He also pointed out that the INC notably provides livelihood assistance even to Muslims who are not part of their church.

(In fact, colleagues, I am a part of the television program of Iglesia ni Cristo, which promotes its key initiatives like Unlad Kaagapay sa Hanapbuhay – a project that provides livelihood to our countrymen who are afflicted by poverty and the pandemic, regardless if they belong to the Muslim community.)

President Ferdinand “Bongbong” Marcos Jr. earlier wished the INC a “solemn celebration” of their 108th founding anniversary as he thanked the church for backing the government’s pursuit of peace in the country.

He also thanked the INC for its support during the 2022 presidential elections.

It can be recalled that the INC – known for their bloc voting – endorsed Marcos, and his running mate now-Vice President Sara Duterte in the May 9 polls. – Christine Annie Asistio, INQUIRER.net intern