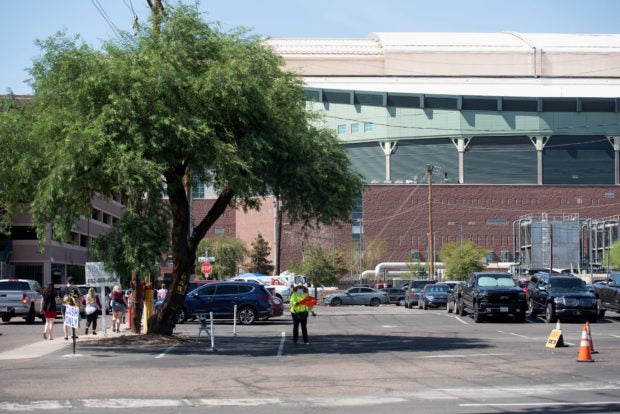 PHOENIX — Homeless for 27 years, Michael Robinson knows he is unwelcome at businesses around Phoenix where he might catch a few minutes of air conditioning.

That means in a town where the average summer high temperatures climbs above 104 degrees Fahrenheit (40 degrees Celsius), he came down with heat stroke this year, a potentially fatal illness.

The homeless outreach program Circle the City found him and got him to a hospital, preventing him from becoming a statistic. Some 130 homeless people died from the heat in the Phoenix area last year, and 172 in 2020, according to the Public Health Department of Maricopa County, which includes Phoenix. Those numbers are double and triple the totals from the previous four years.

“It’s horrible. It’s unbearable. It’s worse every year, but this year it’s been like really bad,” Robinson said of the heat on Tuesday, when he received a routine checkup from a mobile Circle the City clinic.

Much of the United States has experienced extreme heat in recent days, which scientists say is exacerbated by climate change. The homeless often bear the brunt.

Robinson, who ended up on the street after his marriage failed, said he dreads the summer months, seeking air conditioning where he can, knowing it upsets business owners.

Circle the City, which one of its nurse practitioners called a clinic without walls, is celebrating its 10th anniversary.

Founded by Adele O’Sullivan, a physician and a sister in the Roman Catholic organization the Sisters of St. Joseph of Carondelet, the organization operates a number of clinics and four mobile medical units that go to shelters and hard-to-reach areas.

The homeless population seems to have surged this year along with the temperatures, said Marty Hames, a spokeswoman for the group.

“I’ve been in Phoenix for 30 years. I have never felt it this hot,” Hames said. “And I’m only out in the heat for little bits of the time here and there, unlike our patients, that oftentimes they’re on the street all day long.”

Explainer: What is behind the heatwaves affecting the United States?