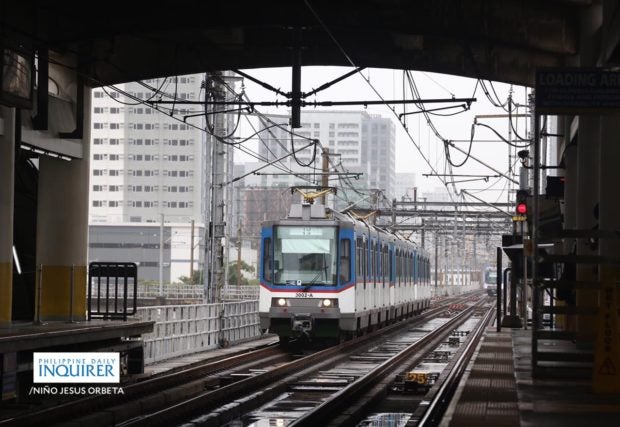 “At 8:44 a.m. today, [an] earthquake was felt along the MRT-3 mainline. All trains were advised to stop. Assessment of all facilities and systems are on-going,” said the MRT-3 management in an advisory.

As of 9:50 a.m., MRT-3 management said that it had begun initial movement of trains along the mainline at 30kph speed with no passengers on board.

“Normal operations will resume after technical personnel certify all tracks are safe and passable,” it said in an updated advisory.

Meanwhile, LRT-1 also said that it suspended its operations as part of standard protocol.

“This is to allow our team to assess the facilities and systems,” its management said in a Viber message.

LRT-2 also halted operations and assured the public that its safety and engineering team was assessing the situation at the railway.

According to the Philippine Institute of Volcanology and Seismology, the earthquake struck at 8:43 a.m., and was tectonic in origin.

Its epicenter was traced 2 kilometers northeast of Lagangilang, Abra.

It was felt at Intensity IV in Quezon City.