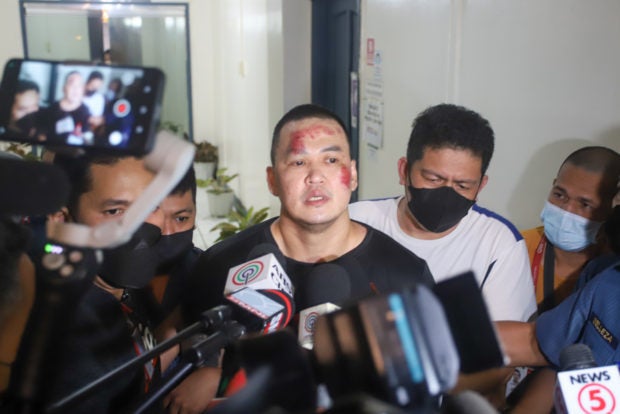 On Sunday afternoon, three individuals, including the former Mayor of Lamitan City in Basilan, were gunned down at the Areté complex inside the AdMU campus in Quezon City.

QCPD Director Brig. Gen. Remus Medina said a caliber .45 Rock Island pistol registered under an active soldier from Mindanao turned up among the belongings of the gunman, Chao Tiao Yumol.

(Our records show that the firearm owner is an active soldier from the Philippine Army, so we’ve invited him to present documents to explain how Yumol came to possess the gun.)

Yumol, who remains under the custody of the QCPD, faces charges of three counts of murder, frustrated murder, and malicious mischief.

Police also filed charges of violations of the Anti-Carnapping Act and the Comprehensive Law on Firearms and Ammunition against the suspect.