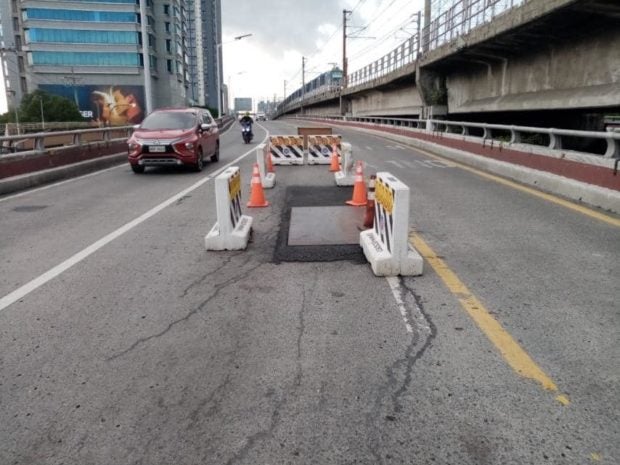 MANILA, Philippines – All three lanes of the southbound direction of the EDSA Kamuning flyover will reopen to motorists on Saturday afternoon, the Department of Public Works and Highways (DPWH) said.

DPWH Quezon 2nd District Engineer Eduardo Santos on Friday said that the flyover in Quezon City will be passable to motorist starting 5 p.m. on July 23.

The reopening followed the completion of major repair works of the 527.15 meter stretch of the Kamuning flyover.

“We are happy to report that we were able to deliver on the given 30-day timetable despite the intermittent rain showers experienced in the past weeks,” Santos said in a statement.

DPWH said the southbound lanes of the Kamuning flyover on Edsa were closed on June 25 to give way for immediate repairs after large cracks and potholes were observed.

Following the sudden closure, DPWH said its National Capital Regional director, Nomer Canlas, called for a meeting to round up major bridges and flyovers, especially aging structures, around Metro Manila to schedule the conduct of a thorough assessment. – Christine Annie Asistio, INQUIRER.net intern