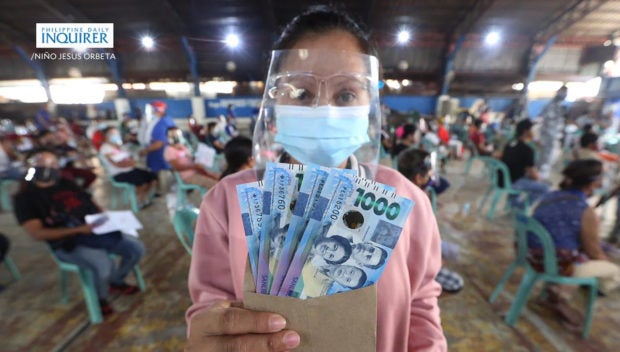 Clearly, Tulfo’s remark was prompted after the Commission on Audit (COA) flagged the DSWD as allegedly having failed to distribute cash assistance under the Social Amelioration Program of the government.

The social welfare secretary, while stressing that the distribution of the cash aid was still under the previous DSWD leadership, said some P1.7 billion has been returned to the Bureau of Treasury.

(The DSWD has returned P1.7 billion to the Bureau of Treasury because these funds were not distributed. But the problem now is that there are people who are saying they didn’t receive any cash assistance.)

(I will order an investigation on this. But initially, the report I received stated that there was confusion. So it is still unclear, but we will keep on investigating.)

Tulfo lamented that instead of his manpower focusing on present programs and implementing other future projects, some will be tasked to investigate what happened in the past.

(The way I see this, the money was returned to the Bureau of Treasury so it’s not missing. But what’s saddening is the cash aid was not given to the people who need it.)

“So medyo may dilemma ako dito at medyo malungkot kasi kung papa-imbestigahan ko ito, I will pull out two or three of my people to investigate this matter when in fact they could focus on our problems now and in the future,” he added.

(So I have a dilemma here, and I’m a bit sad because if I have this investigated, I will pull out two or three of my people to investigate this matter when in fact, they could focus on our problems now and in the future.)