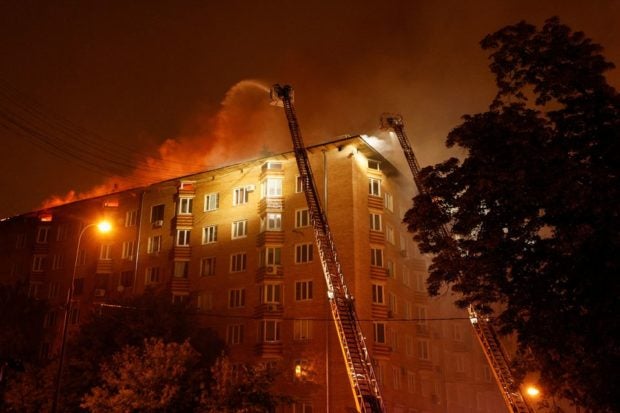 Firefighters work to extinguish a fire in an apartment block in Moscow, Russia July 21, 2022. REUTERS

MOSCOW — Around 150 firefighters battled a major blaze on the roof of a Moscow apartment building for several hours early on Thursday and used a helicopter before finally dousing the flames, Tass news agency said.

About 400 people were evacuated from the nine-story building on Leninsky Prospekt, a major avenue just to the southwest of the downtown core, a spokesperson for Russia’s federal emergencies ministry told Tass. 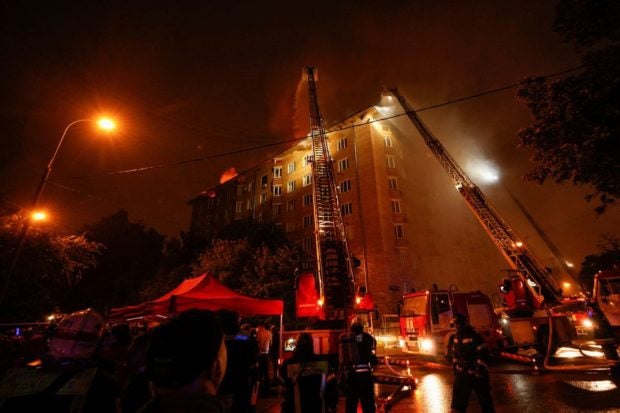 Firefighters work to extinguish a fire in an apartment block in Moscow, Russia July 21, 2022. REUTERS

The fire was put out at shortly after 3 a.m. (0000 GMT), Tass later cited the ministry as saying.

At one point the fire covered an area of about 1,000 square meters (10,800 square feet). A helicopter could be seen dropping water from a large bucket onto the flames.

There was no immediate word on the cause of the fire.