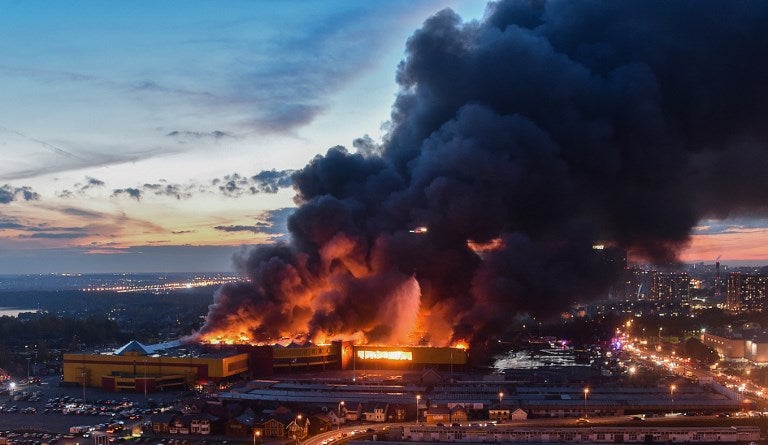 A fire burns at a construction supplies market on the outskirts of Moscow on October 8, 2017.Over 3,000 people were evacuated from the market, according to the Russian Ministry of Emergency Situations. / AFP PHOTO / Vasily MAXIMOV

Moscow, Russia — Three thousand people were evacuated from a shopping center in Moscow on Sunday after a massive fire broke out, Russia’s emergency services ministry said.

About 55,000 square meters (592,000 square feet) of the commercial center, which specializes in building materials, was engulfed in flames from around 1850 GMT, the ministry said in a statement.

Billowing clouds of thick black smoke rose into the sky above the partially collapsed roof of the structure, an AFP journalist observed.

“In total, 3,000 people were evacuated from the building,” the ministry said, adding that the fire caused “injuries according to preliminary information”.

More than 290 firefighters, 170 firefighting vehicles and three helicopters were dispatched to the scene.