Russia war aims in Ukraine widen, US says any annexations will be challenged | Inquirer News 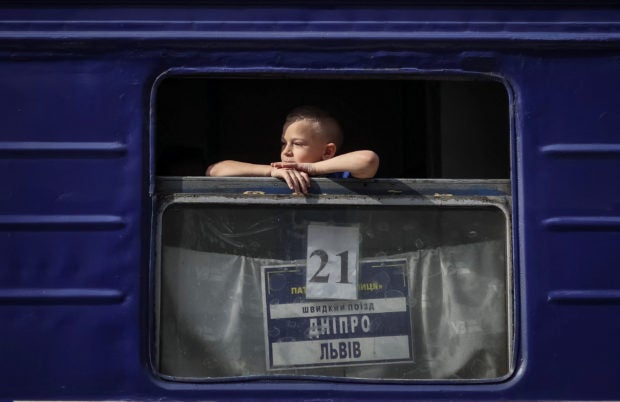 A boy looks out the window of a train to Dnipro and Lviv during an evacuation effort from war-affected areas of eastern Ukraine, amid Russia’s invasion of the country, in Pokrovsk, Donetsk region, Ukraine July 20, 2022. REUTERS

“That means the geographical tasks will extend still further from the current line,” he said.

Lavrov’s comments were the clearest acknowledgment yet that Russia’s war goals have expanded over the five months of war.

The United States, which had said on Tuesday that it saw signs Russia was preparing to formally annex territory it has seized in Ukraine, promised that it would oppose annexation.

Russia annexed Crimea from Ukraine in 2014 and supports Russian-speaking breakaway entities – the Donetsk and Luhansk People’s Republics (DPR and LPR) – in those provinces, together known as the Donbas.

In Washington, the U.S. Chairman of the Joint Chiefs of Staff General Mark Milley said the Donbas region had not yet been lost to the Russians. Ukrainian forces withdrew from Luhansk earlier this month. 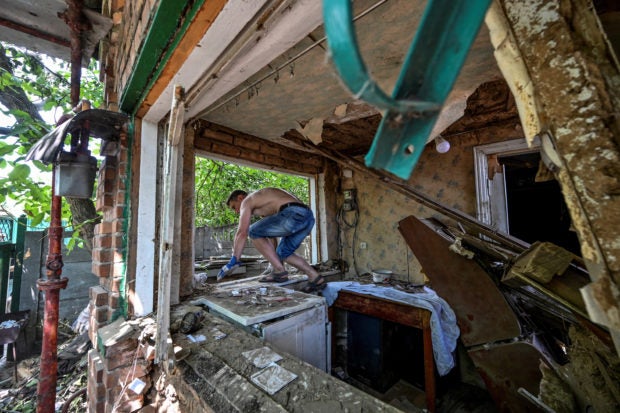 The Ukrainian military reported heavy and sometimes fatal Russian shelling amid what they said were largely failed attempts by Russian ground forces to advance.

The Russian-installed administration in the partially occupied Ukrainian region of Zaporizhzhia said Ukraine had conducted a drone strike on a nuclear power station there, but the reactor was undamaged.

Reuters could not independently verify the report. Ukrainian officials had no immediate comment.

Lavrov is the most senior figure to speak openly of Russia’s war goals in territorial terms, nearly five months after Russian President Vladimir Putin ordered the Feb. 24 invasion with a denial that Russia intended to occupy its neighbour.

Then, Putin said his aim was to demilitarise and “denazify” Ukraine – a statement dismissed by Kyiv and the West as a pretext for an imperial-style war of expansion.

“Now the geography is different, it’s far from being just the DPR and LPR, it’s also Kherson and Zaporizhzhia regions and a number of other territories,” he said, referring to territories well beyond the Donbas that Russian forces have wholly or partly seized. 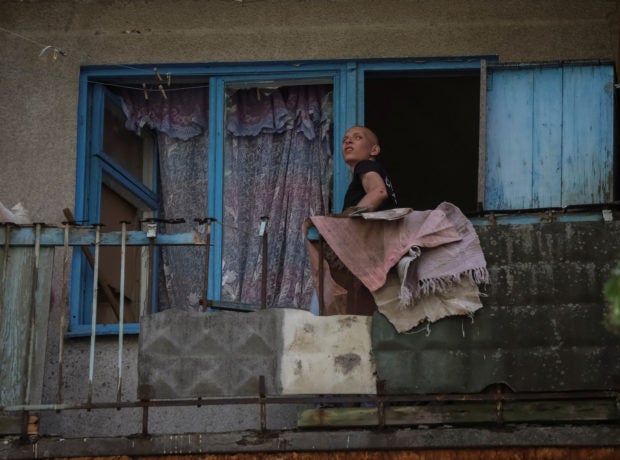 A local resident looks out through a broken window in his flat in a residential building damaged by a Russian military strike, amid Russia’s invasion on Ukraine, in Kramatorsk, in Donetsk region, Ukraine July 19, 2022. REUTERS

Meanwhile, concern that Russian supplies of gas sent through the biggest pipeline in Europe could be stopped by Moscow prompted the European Union to tell member states to cut gas usage by 15% until March as an emergency step.

“Russia is blackmailing us. Russia is using energy as a weapon,” EU Commission President Ursula von der Leyen said, describing a full cut-off of Russian gas flows as “a likely scenario” for which “Europe needs to be ready”.

Putin had earlier warned that gas supplies sent to Europe via the Nord Stream 1 pipeline, which has been closed for 10 days for maintenance, were at risk of being reduced further.

Russia, the world’s largest gas exporter, has denied Western accusations of using its energy supplies as a tool of coercion, saying it has been a reliable energy supplier.

As for its oil, Russia will not send supplies to the world market if a price cap is imposed below the cost of production, Interfax news agency quoted Deputy Prime Minister Alexander Novak as saying on Wednesday.

EU diplomats meeting in Brussels agreed a new round of sanctions against Moscow, including a ban on importing gold from Russia and freezing the assets of top lender Sberbank. But Ukrainian President Volodymyr Zelensky dismissed the sanctions as inadequate.

“Russia must feel a much higher price for the war to force it to seek peace,” Zelensky said in a late-night video address.

Russia’s invasion has killed thousands, displaced millions and flattened cities, particularly in Russian-speaking areas in the east and southeast of Ukraine. It has also raised global energy and food prices and increased fears of famine in poorer countries as Ukraine and Russia are both major grain producers.