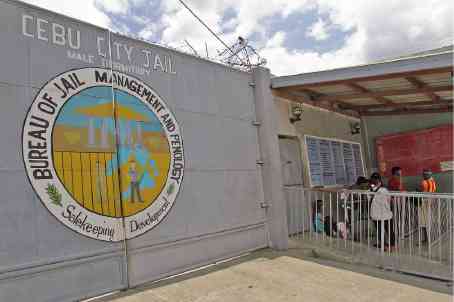 Supt. Jose Rusylvi Abueva, the warden of the Cebu City Jail, said the surprise operation was done to stop the entry of prohibited items inside the jail.—JUNJIE MENDOZA / CEBU DAILY NEWS

Supt. Jose Rusylvi Abueva, the warden of the facility, said the surprise operation was done to stop the entry of prohibited items inside the jail.

“The entry of contraband here really remains to be a problem,” he said.

One positive development, however, was that no illegal drugs were found during the operation.

Based on their investigation, Abueva said contraband can be dropped into the prison through drones.

He appealed to the Cebu City council to hasten the passage of a “no-fly zone” ordinance which will prohibit drone operation within the perimeters of the jail facilities and provide penalties for violators.

In many police operations, drug suspects point to the CCJ as the source of the illegal drugs trade since drug personalities behind bars can continue to communicate with their connections outside the facility through their cellular phones.

At present, the CCJ houses a total of 6,938 inmates, 80 percent of whom are drug offenders.

The surprise operation on Tuesday was done by the Philippine Drug Enforcement Agency (PDEA) in Central Visayas and the Cebu City Police Office.

Leia Albiar Alcantra, regional spokesperson of PDEA, said they looked for illegal drugs during the raid but found none.