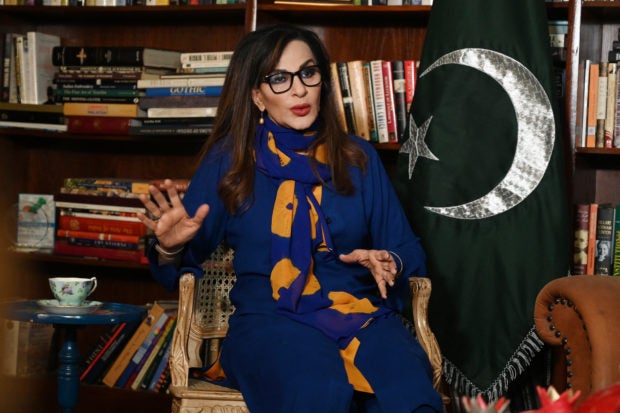 In this picture taken on June 14, 2022, Pakistan Minister of Climate Change Sherry Rehman speaks during an interview with AFP in Islamabad. AFP

ISLAMABAD — When Sherry Rehman speaks it seems as though the world is ending.

Perhaps that’s because Pakistan — where she serves as climate change minister — has a front-row seat for the cascading catastrophe of global warming.

To the north, rapid glacier melt is unleashing flash floods; in the south, savage heat is surpassing 50 degrees Celsius (122 degrees Fahrenheit); the west is speckled with wildfires, and the eastern city of Lahore is draped in suffocating perma-smog.

“It is apocalyptic,” the 61-year-old former diplomat told AFP.

She was appointed minister after a tumultuous government change in April, which coincided with the onslaught of a nationwide heatwave.

“When you have an apocalypse in front of you… have you not watched Hollywood movies? You have to face it head on.”

Pakistan is responsible for less than one percent of global greenhouse gas emissions, but ranks eighth on an index compiled by NGO Germanwatch of nations most exposed to extreme weather events.

That leaves the country of 220 million people bailing out its own climate disasters whilst lobbying bigger polluters to turn the tide.

Rehman has launched a rhetorical offensive, hectoring the great and the good at global forums with unabashed descriptions of a doomsday-in-motion.

She framed the argument in the long arc of history: Pakistan, once part of the British empire, freed itself only to be gripped by “climate colonialism”.

“There has been so much climate denialism internationally, with the big polluters not wanting to give up their bad habits or to pay the price for going green,” she said. 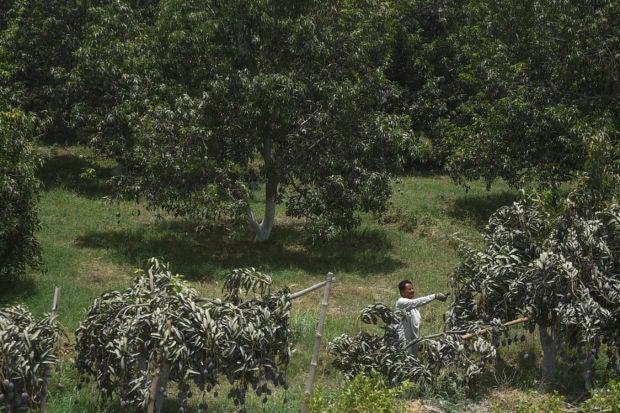 In this picture taken on June 15, 2022, Hari Mali, a farm worker plucks mangoes from a tree at a farm outside Mirpur Khas city in Pakistan’s southern Sindh province. AFP

“We’re being told ‘it’s a perfect storm in your neck of the woods, and you just have to do this by yourself’, which is absolutely not possible.”

“I don’t even sense empathy very often,” added Rehman, who served as Pakistan’s ambassador to the United States from 2011 to 2013.

Making matters worse, Pakistan is in an economic tailspin with runaway inflation, a debt crisis and dwindling foreign currency reserves.

Even Rehman’s home in the cloistered capital of Islamabad hums with the sound of a petrol generator. Heatwaves have exacerbated an energy deficit, and blackouts are on the rise.

Pakistanis could be forgiven for having more quotidian concerns than the end of all days.

“Communicating a science-based crisis in our lives, created probably very far away from our neck of the woods, is very hard to explain,” she said.

“We still have to speak in easily digestible terms.

Rehman’s role as a soothsayer of inconvenient truths is complicated in deeply patriarchal Pakistan.

The number of female parliamentarians has plateaued at around 20 percent for the past two decades, according to World Bank data.

Benazir Bhutto, the nation’s only female prime minister — and from Rehman’s Pakistan Peoples Party (PPP) — was slain in 2007, an assassination that deeply scarred the national psyche and which remains unsolved.

A pastel portrait of Bhutto has pride of place in Rehman’s library, more prominent, even, than a pop-art print of Pakistan’s founder Muhammad Ali Jinnah.

Outside the door, a nude female bust is prominently placed — in a country where the bodies of women are rigorously policed by harsh modesty codes.

“There’s always a reaction to women taking their power and also speaking out,” said Rehman.

In public appearances, Rehman exudes unapologetic energy. Male co-panellists hogging the microphone are notified of their transgressions; those who cut short her answers are similarly chastised.

“I tell myself, ‘When men are competing with you, you’re in a good place’,” she said. “I don’t mince my words, and I don’t see any reason to.”

That is not her “daily challenge”, she said, but there is a stark intersection in the interests of countering sexism and global warming.

“As climate change unleashes its furies, women are at the forefront,” she said, picking up the fire and brimstone theme again.

“It’s women who are the nurturers of the soil, of the crops, of the water.”