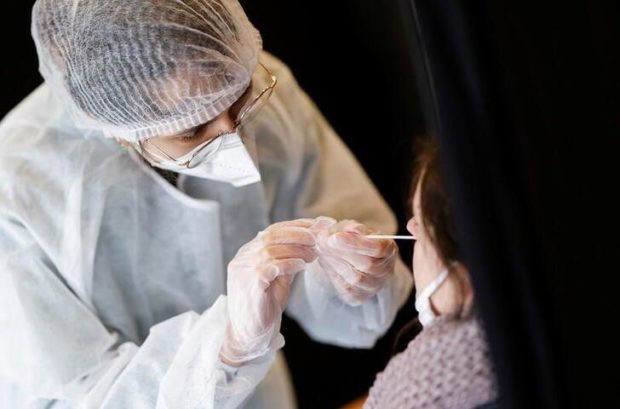 A new wave of COVID-19 cases and rising hospitalizations ahead of an October election are creating fresh headaches for Quebec’s government, which says it has no plans to reintroduce mask mandates in the Canadian province despite calls by some doctors to do so.

A global surge in cases, mostly of the Omicron BA.4/5 variants, has authorities grappling with rising illness while trying to avoid extending or reintroducing unpopular restrictions.

In Quebec, some now say the government that once imposed some of North America’s toughest COVID-19 measures is not going far enough.

Donald Vinh, a doctor with the McGill University Health Center in Montreal, called on Quebec to reinstate a mask mandate in indoor public places to prevent worsening illness and death.

But the government is “afraid of angry voters,” Vinh said. “They’re not afraid of dead voters.”

Like other Canadian provinces Quebec is in a seventh wave, with more than 7,000 health-care workers off the job due to the virus, according to government data. Quebec is scaling back summer service in six emergency rooms due to staffing shortages.

On Friday, the province announced 1,887 people were hospitalized with COVID-19 in the province, an increase of 27 from the previous day. Over the weekend, the Montreal Children’s Hospital said it was “unable to see patients whose condition is non-urgent.” By Monday it had resumed normal operations.

“In Quebec the provincial Conservatives are making progress and their issue is that the CAQ went too far with restrictions,” said Jack Jedwab, president of the Association for Canadian Studies.

In March, with mandates about to be rolled back, 72% of Quebeckers surveyed told pollster Angus Reid they supported mask mandates – but only 38% said they planned to wear face coverings when the mandate ended.

Quebec’s health minister and public health officials have urged caution but said cases are under control.

“I believe in education and not always in mandatory measures,” Dr. Marie-France Raynault, a senior public health adviser, told reporters on Thursday.

Epidemiologist Catherine Hankins, co-chair of Canada’s COVID-19 Immunity Task Force told Reuters earlier this month a mask mandate is not yet needed but would be if this wave worsens.

“Everybody’s thinking, ‘Oh, we have the summer off,’” she said. “But …this wave is picking up now.”