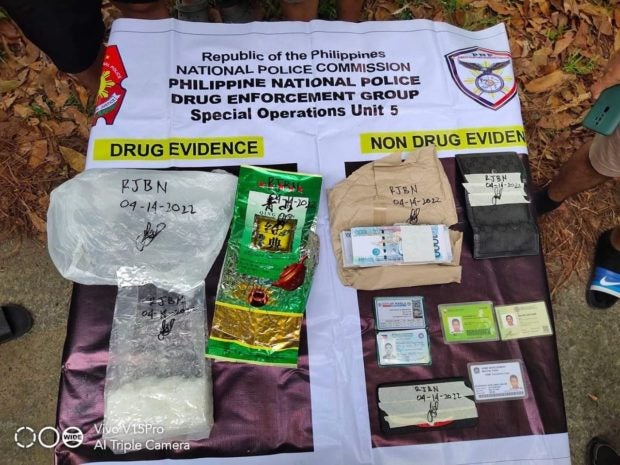 LUCENA CITY—Authorities seized on Monday and Tuesday more than P812,000 worth of shabu from four alleged bigtime drug traffickers in Laguna and Batangas provinces.

The region 4-A police reported that Calamba City cops nabbed Karen Cabezas in an operation at 2:12 a.m. July 19 in Barangay Pansol.

Seized from Cabezas were 33 grams of shabu in seven sachets valued by the Dangerous Drugs Board (DDB) at about P224,400.

The police also seized a Toyota Wigo without a plate number believed to have been used by the suspect in the illegal drug trade.

In Barangay Cuta, the city police collared Patrocino Barredo in a buy-bust operation at 2:21 a.m. Tuesday.

The cops found six sachets of meth weighing 30 grams with a DDB value of P204,000 from the suspects.

The police were tracking the sources of the illegal drugs seized from the suspects.

The suspects were detained and faced charges for violating the Comprehensive Dangerous Drugs Act of 2002.