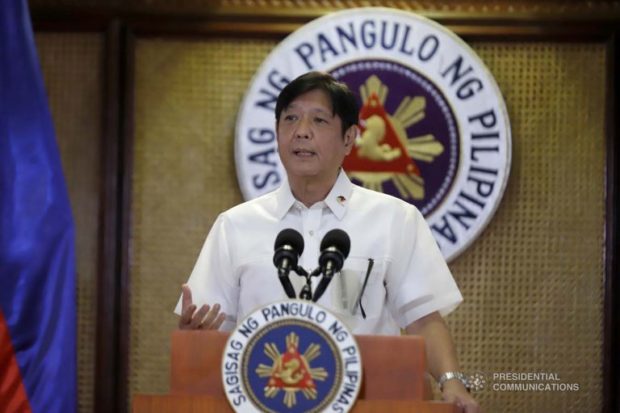 President Ferdinand “Bongbong” Marcos Jr. answers question directed to him by the members of the Palace media during a press briefing at the Heroes Hall in Malacañang, Tuesday, July 5, 2022. File photo / ROBINSON NIÑAL

MANILA, Philippines — President Ferdinand “Bongbong” Marcos Jr. ordered the Department of Agriculture (DA) on Monday to come up with a farm-to-market road masterplan that will serve as a guide for the government.

Marcos issued the order during his meeting with officials of the DA. The President currently serves as the concurrent secretary of the department.

During the meeting, Marcos said that the masterplan should include regional maps detailing the exact locations of the farm-to-market roads to be constructed. It shall also include funding source, payment terms, and timeframe for project implementation, the president said.

“Kung sabihin nila saan ba ang areas na talagang kailangan nating buksan? We will go to Public Works. And also, what are the areas that we really want to open, that really need the farm-to-market road? Iyon ang unahin natin,” Marcos was quoted as saying in a press release.

(If they ask which areas we want to open? We will go to Public Works. And also, what are the areas that we really want to open, that really need the farm-to-market road? That’s what we need to address first.)

“Farm-to-market road is the first step to solve some of the supply chain problem. So unahin muna natin ‘yung nagpo-produce,” Marcos said.

In a separate tweet, Marcos said strengthening the farm-to-market road program is one of his priorities in the agriculture sector.

DA Undersecretary Kristine Evangelista said Marcos has ordered a review and assessment of the current projects of the agriculture department.

“Right now, there’s a very thorough assessment of the program DA already has because we have to see which one of them actually works, which one has to be tweaked and which one needs further consultation with the stakeholders,” Evangelista said in an interview with reporters.

“So ‘yun po ang mga utos din po ng ating mahal na Presidente (Those were the orders of the President) so he could come up with programs again based on the thrust of increasing production and making agricultural commodities affordable,” she added.

Marcos earlier announced that he will temporarily head the agriculture department.