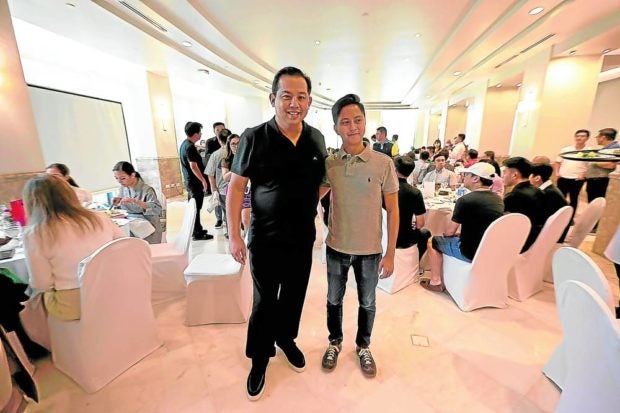 MANILA, Philippines — New Ilocos Norte lawmaker and presidential son Rep. Ferdinand Alexander “Sandro” Marcos has assured his former boss and his uncle, Leyte Rep. Ferdinand Martin Romualdez, that the coup d’etat and impeachments that have affected past House leaders would not happen under the latter’s term.

During a light moment at the Executive Course on Legislation’s closing ceremonies on Monday, Marcos thanked the House of Representatives’ secretariat for helping the University of the Philippines’ National College of Public Administration and Governance (UP-NCPAG) execute the crash course.

In the process, Marcos noted that House secretariats have been present despite leadership changes and other issues — while assuring Romualdez, who is expected to be the next House Speaker, that such usurpation would not happen.

No mention was made by Sandro of how he intended to protect Romualdez’s role as a Speaker.

“They said that the congressmen are the lifeblood of the Batasan, but really, it is the secretariat, and I think that we as lawmakers have a lot to learn from them not just with the legislative process, ang daming speakership po na nangyari nandito pa rin sila,” Marcos, son of President Ferdinand “Bongbong” Marcos, said.

(A lot of impeachment [attempts] had happened. They’re still here. So… hopefully… don’t worry, Speaker, that wouldn’t happen, I assure [you].)

The younger Marcos had credited much of his experience in lawmaking to Romualdez, as he used to work at the Leyte representative’s office back when the latter was still majority floor leader in the 18th Congress.

In the proclamation rally when he started his congressional bid, Marcos said that the mentorship of Romualdez — a cousin of his father through the maternal side — prepared him to enter politics.