Fifth day of protests in Budapest against government | Inquirer News

Fifth day of protests in Budapest against government 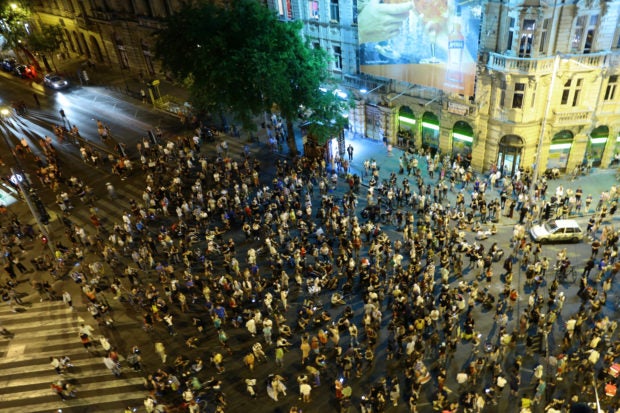 BUDAPEST—Thousands protested on Saturday in Budapest for a fifth day against Prime Minister Viktor Orban’s government as anger deepens over tax changes that critics say will hurt small businesses.

Hungarians have taken to the streets since the parliament approved a law change on Tuesday that will affect hundreds of thousands of small-sized business owners.

The protests are the first since Orban won a consecutive fourth term by a landslide in April.

“It’s crazy what they (the government) have done. This will not lead to more income for the budget,” one protester, 37-year-old lawyer Ilona Pusztai, told AFP.

“The government is currently planning such austerity measures (but) people cannot tolerate them anymore,” said another protester, Zoltan Gemesi, a 68-year-old teacher. 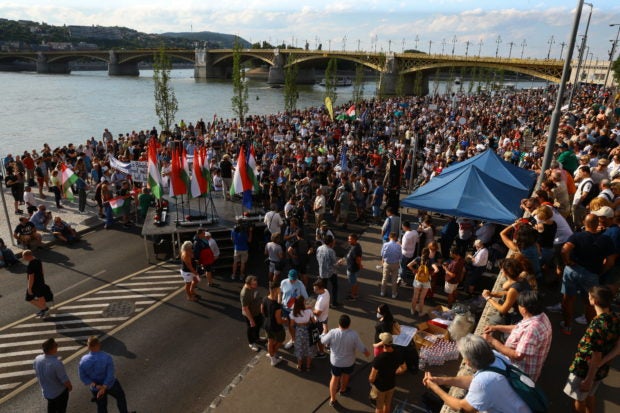 People take part in a rally under the motto Stand for victims of Orbans government against the new taxation rules near the Margaret Bridge in Budapest on July 16, 2022. AFP

Addressing the rally, Peter Marki-Zay, who headed a united opposition but lost against Orban in April, said the nationalist premier’s campaign promises had been “proven to be lies”.

In his regular radio address on Friday, Orban defended the tax law change as “good and necessary”.

Despite price caps on essentials, the central European country faces soaring inflation and a plunging local currency amid talks with Brussels over held-up EU funding.

Hungary, which largely depends on Russian oil and gas, declared a “state of danger” on Wednesday over the energy crisis sparked by the war in Ukraine.

Among the measures to tackle the problem, people who consume more than the average amount of energy will have to pay for it at the market price rather than the heavily subsidised state rate.

Protests in Hungary over ban on ‘promoting’ homosexuality